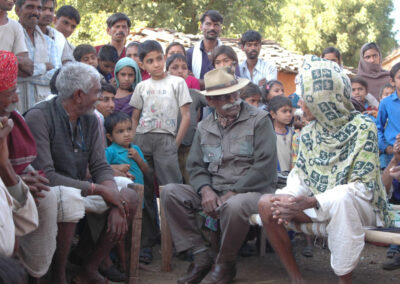 Late Sh. Fateh SIngh Rathore was very keen to talk with local villagers and to help them. 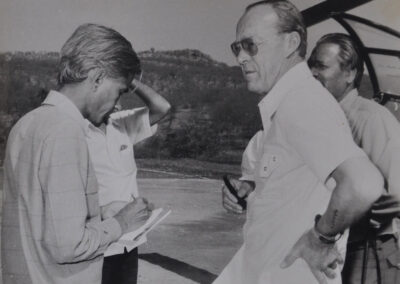 Mr Kailash Sankhala (right) Prince Bernhard of The Netherlands (then President of WWF – International) and Mr Harsh Vardhan (left) having a chat prior to boarding an IAF helicopter that carried the overseas expert in 1974 to overview progress of Project Tiger in India. The chopper landed inside the park, was parked for night at Jaipur airport and took off from the same spot, the platform in front of a mosque, on eastern edge of Padam Talab. Photo courtesy Mr Harsh Vardhan. 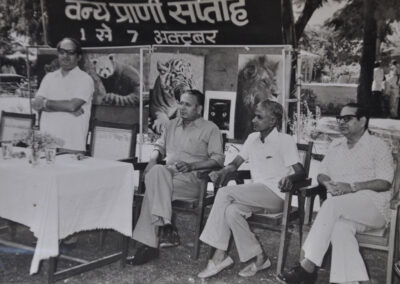