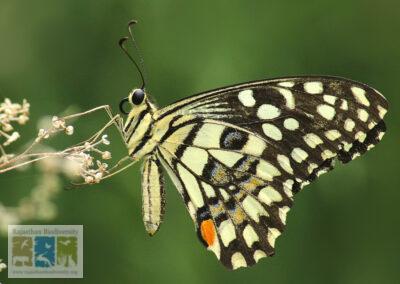 Lime Butterfly (Papilio demoleus) also known as lemon butterfly, is a common and widespread swallowtail butterfly. These common names refer to their host plants, which are usually citrus species such as the cultivated lime. Unlike most swallowtail butterflies, it does not have a prominent tail. (Photo: Mr. Dharam Veer Jodha) 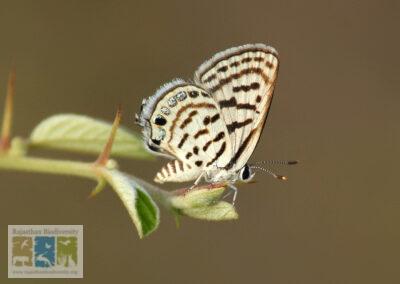 The Indian Pierrot (Tarucus indica) is a small butterfly found in India that belongs to the lycaenids or blues family. (Photo: Mr. Dharam Veer Singh Jodha) 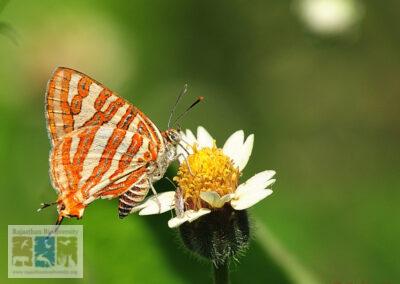 The Common Silverline (spindasis vulcanus) is a small-sized, colourful butterfly with orange and white bands lined with black on the underside of the wings and prominent black and orange markings on the upper-side. (Mr. Rishi Raj Singh Deval) 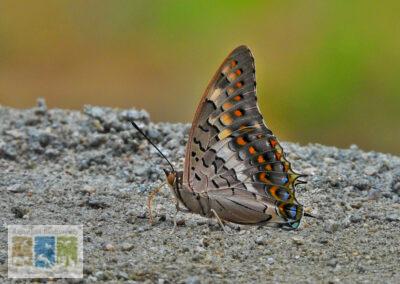 The Black Rajah (Charaxes solon), is a butterfly species found in tropical Asia. It belongs to the Charaxinae (rajahs and nawabs) in the brush-footed butterfly family. (Photo: Mr. Bheraram Bishnoi) 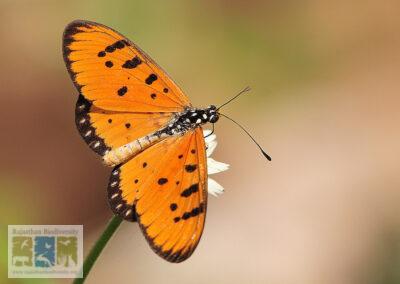 The Tawny Coster (Acraea terpsicore), is leathery-winged butterfly common in grassland and scrub habitats and it has a weak fluttery flight. It can be seen in abundance wherever its larval food plant (Passiflora species) is found. (Photo: Mr. Rishiraj Singh Deval) 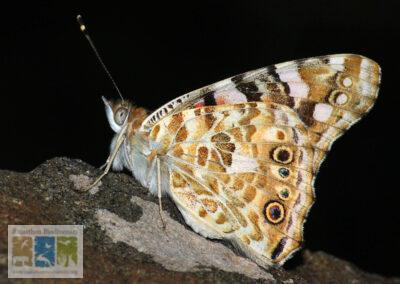 The Painted lady (Vanessa cardui), is a well-known colourful butterfly that displays a unique system of continuous mating, throughout all seasons, including the winter. (Photo: Mr. Dharam Veer Singh Jodha) 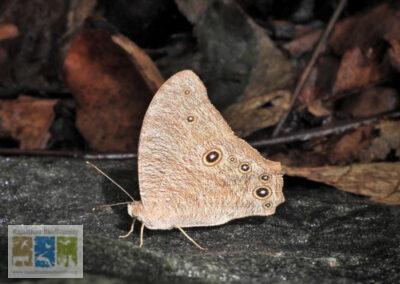 The Common evening brown (Melanitis leda), is is a common species of butterfly found flying at dusk and flight of this species is erratic. (Photo: Mr. Bheraram Bishnoi) 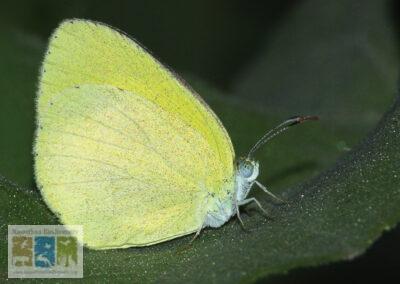 Small grass yellow (Eurema brigitta), is a small butterfly of the family Pieridae, that is, the yellows and whites. It is found in India, other parts of Asia, Australia and Africa. (Photo: Mr. Dharam Veer Singh Jodha) 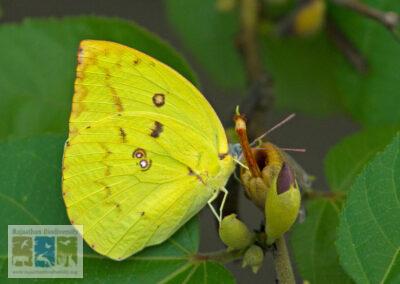 The common emigrant (Catopsilia pomona), is a medium-sized, very common pierid butterfly who gets its name from its habit of migration. It is a fast flier, covering long distances high above the ground in straight, powerful, long, up-and-down curved flight. (Photo: Dr. Dharmendra Khandal) 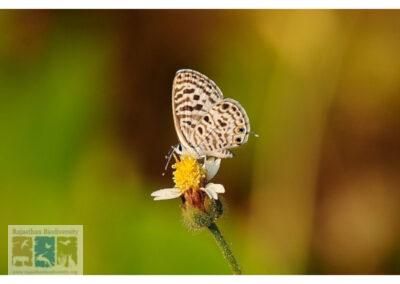 The Zebra blue (Leptotes plinius), is a species of blue butterfly (Lycaenidae) found in Sri Lanka, India to Australia. The species was first described by Johan Christian Fabricius who was a Danish zoologist. He was a student of Carl Linnaeus, and is considered one of the most important entomologists of the 18th century, having named nearly 10,000 species of animals, and established the basis for the modern insect classification. (Photo: Mr. Rishiraj Singh Deval) 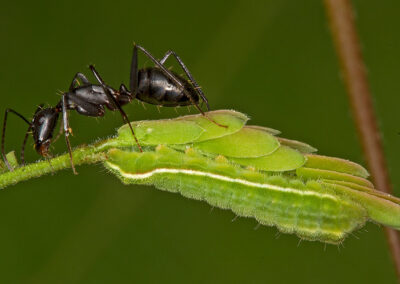 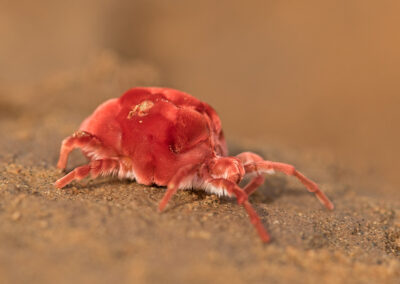 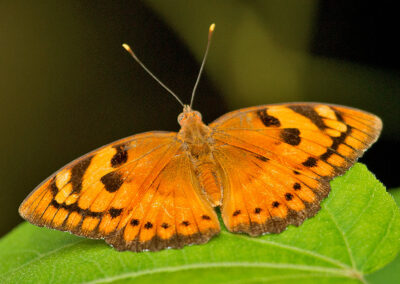