The Hunter becomes the Hunted:The Tale of a ‘Police Officer’s Partridge’ 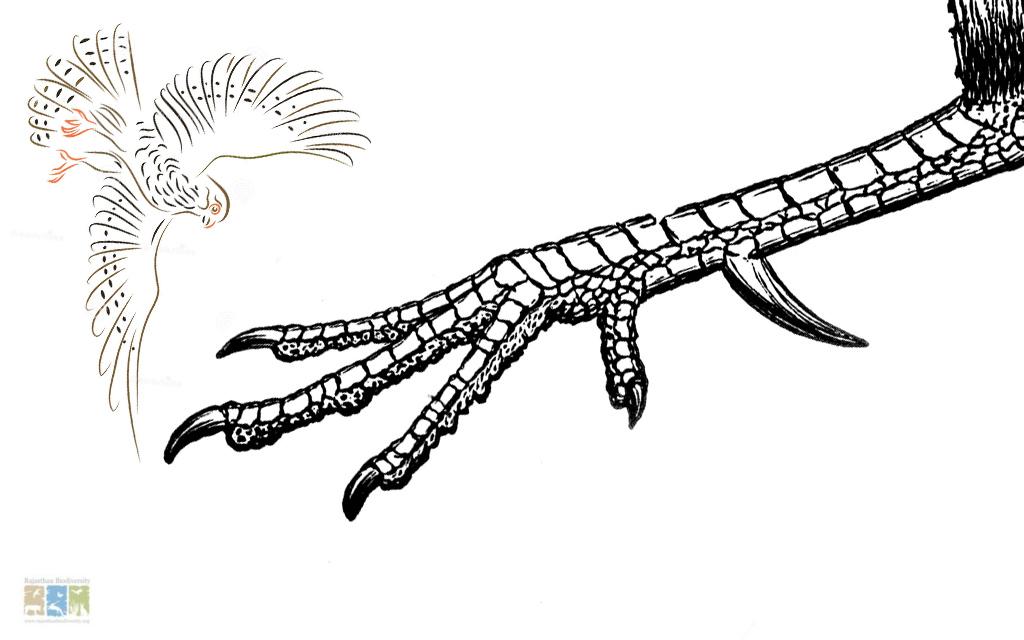 In nature, it is very rare to see the hunter become the hunted. However, there is just such a tale from Jaipur, Rajasthan. A falconer once came to meet the police chief of Rajasthan, the late Mr. Shantunu Kumar (DGP – Rajasthan). The said falconer is a resident of Jaipur, and was permitted to keep birds of prey even after the introduction of the Wildlife Protection Act of 1972. This is because he had no suitable course of action for his captive birds following the act, and was therefore permitted by the Forest Department to keep his birds of prey. 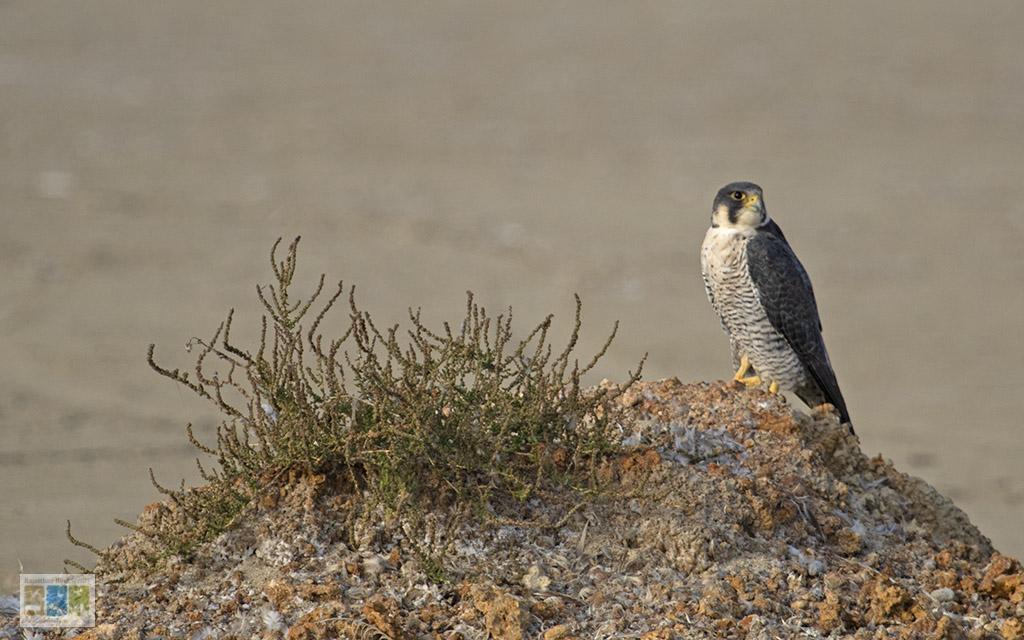 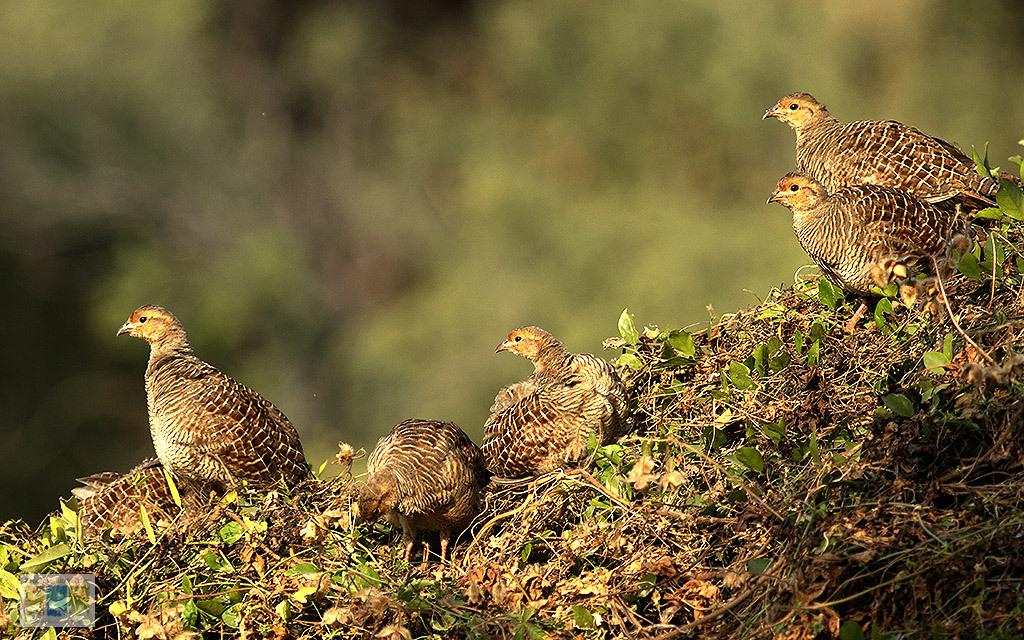 For many years he used to fly his birds to give them the exercise they needed, and they all came back to their master in the end. When the falconer went to meet Shantanu ji, he informed him that he had his peregrine falcon with him that day. Shantanu ji expressed a desire to see the bird, the falconer took out the peregrine falcon and promised to show him just how spectacular it was in full flight. Bear in mind, this is perhaps the only example of permission being granted to  keep a live bird of prey in post 1972 India. 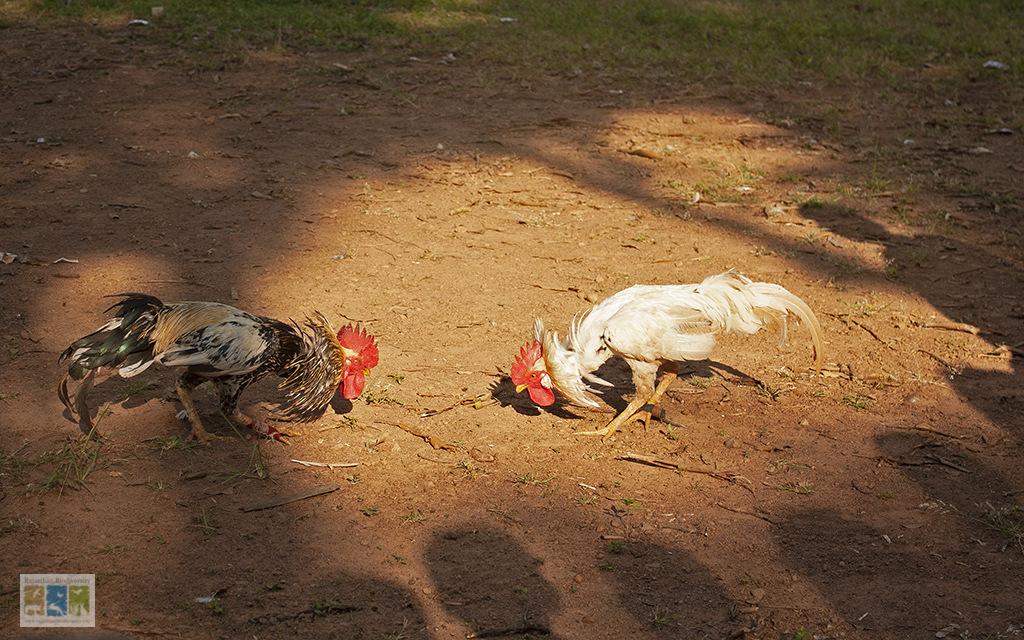 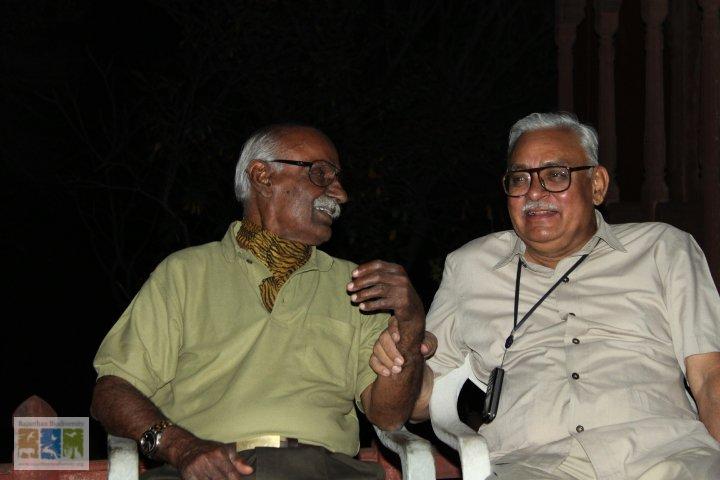 Shantanu ji used to live on the outskirts of Jaipur, where many birds etc. also lived on his agricultural farm, including a bevy of grey francolin (formerly called grey partridge) who knew no fear of humans, and thus roamed wherever they pleased. After taking off, the peregrine falcon showed it’s true predatory nature, and immediately dove straight at a francolin! This happened within the flash of an eye, and everyone watched with their mouths agape. 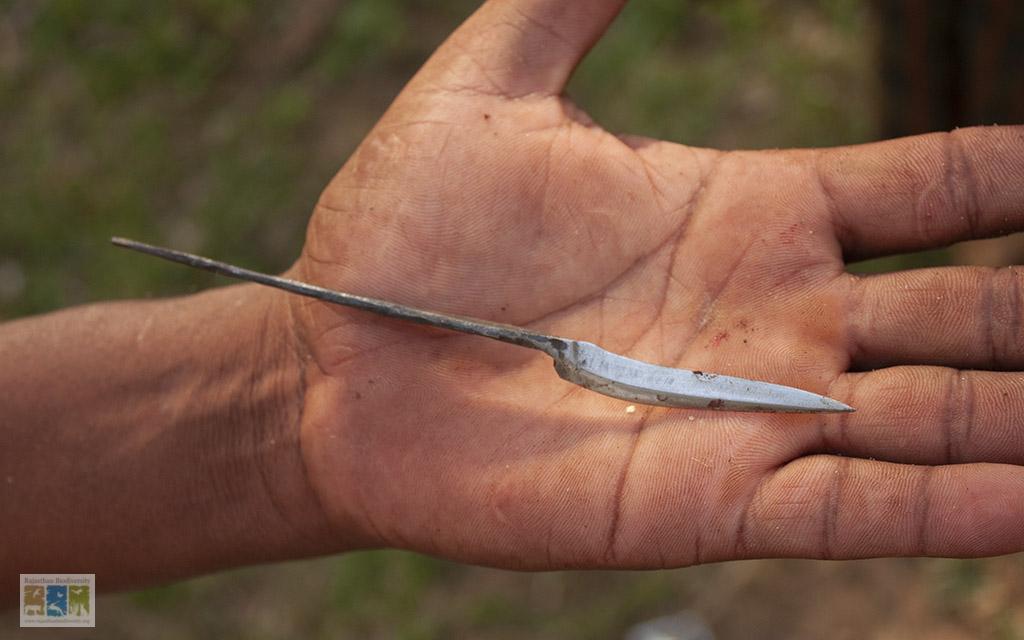 A cockfighter’s blade attached to the spurs of fighting birds. The blade is meant to enhance the devastating impact of the spur. 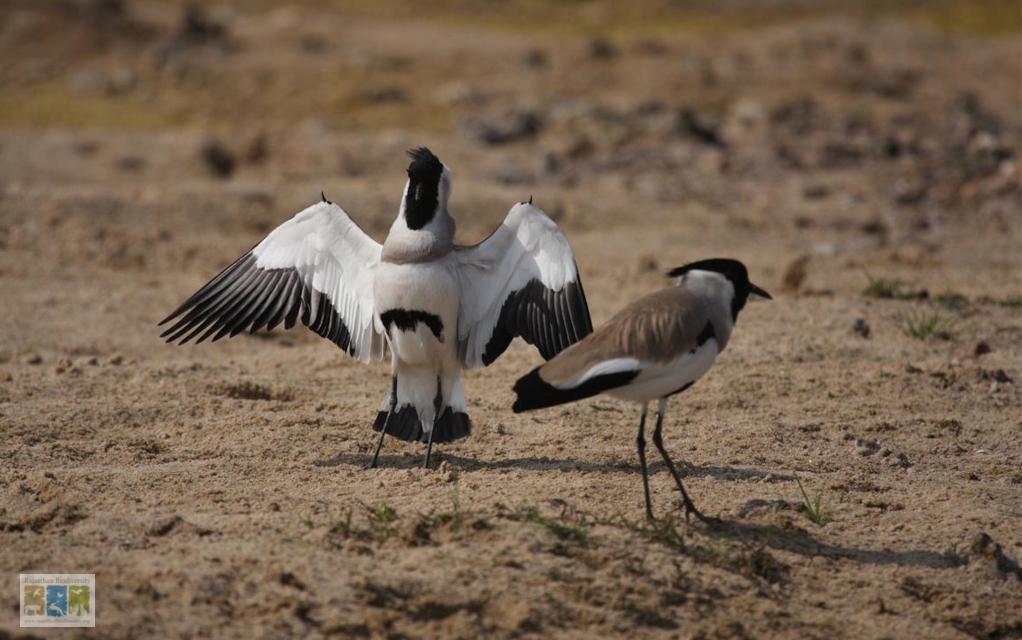 A pair of river lapwing: check small spurs (spines like structures) on its shoulders.

But there was a completely unexpected outcome, the francolin’s spur (sharp growths on the hind feet)  had sunk deep into the peregrine’s heart before it could make its claim! The francolin quickly extracted itself from the peregrine’s talons and ran off, while the raptor lay dead. Spurs are seen in many birds, including chickens. Often cockfighters also tie a small knife-like blade to the spurs of roosters, and sometimes the cockfighters themselves become victims of these enhancements. Once upon a time, cockfighting was a very common and popular sport in rural India, and grey francolins were also used in this blood sport.

In the end, Shantanu ji had a good laugh at the falconer’s expense, and commented that even a ‘police officer’s partridge’ overwhelms a falcon (police waalon ka teetar bhi baaz pe bhaaree padta hai).