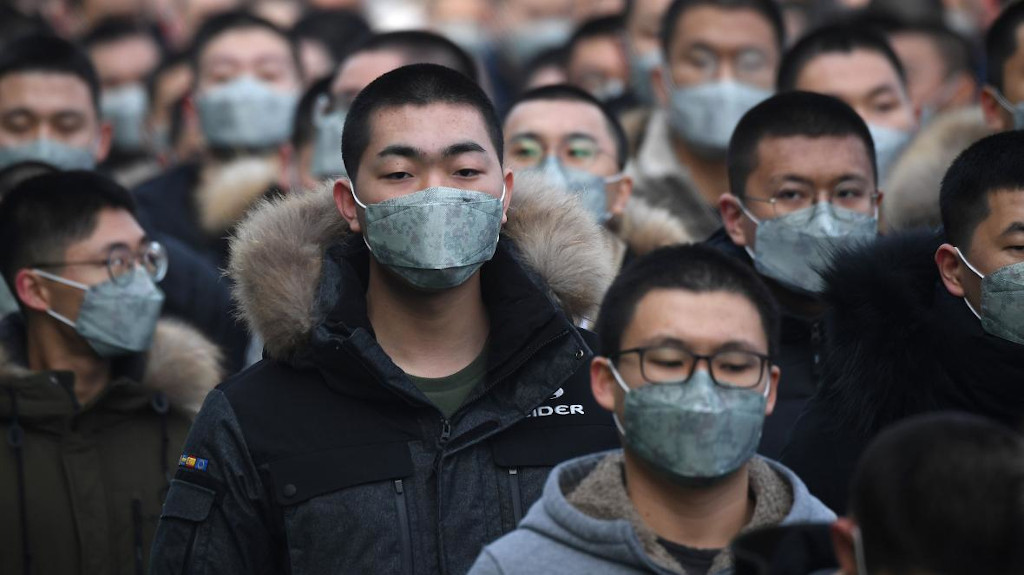 Novel Corona virus may not be so noble for us, but the way it has changed us is certainly noble. It has united humans by dividing them physically, never have we all freaked together, got anxious for our lives together, and felt together that we were wrong that this planet endured for ages.

Our world lies torn and shattered and all because of an invisible virus that probably was let loose by a horseshoe bat. In our understanding of the Corona virus one critical factor stands out. The destruction of wildlife and wildlife habitats led to its creation. It could be from Wuhan’s horrific wet wildlife markets or fiddling with bats in a Wuhan laboratory or just destroying bat habitats that led to a crisis where millions are infected and hundreds of thousands are dead. Intermediary species like the Pangolin might have helped in mutating this virus and over the last decade we humans have left no stone unturned to decimate pangolins and smuggle them live into wildlife markets. They could very easily have been the intermediary species. China is hugely responsible for the demand and needs to be shamed across the world. My finger is pointed at it. I watched closely its enormous role in the tiger crisis that enveloped India from the 1990’s for two decades. I have watched its increasing presence in Africa and the resultant decline in African wildlife. At so many international meetings for the last 30 years it was warned to end its illegal wildlife trafficking and markets. It never paid heed. Endless wildlife WARRIORS fought to prevent China from this highly destructive role. But China as a global economic power cared little and stomped on in its craze for wild animal parts and associated medicine. As far as I am concerned this virus is a result of this. This virus is also a result of all those political and business leaders who did not care. All those who scoffed and mocked at Nature’s Warriors, hurled abuse on those who served both wildlife and nature. 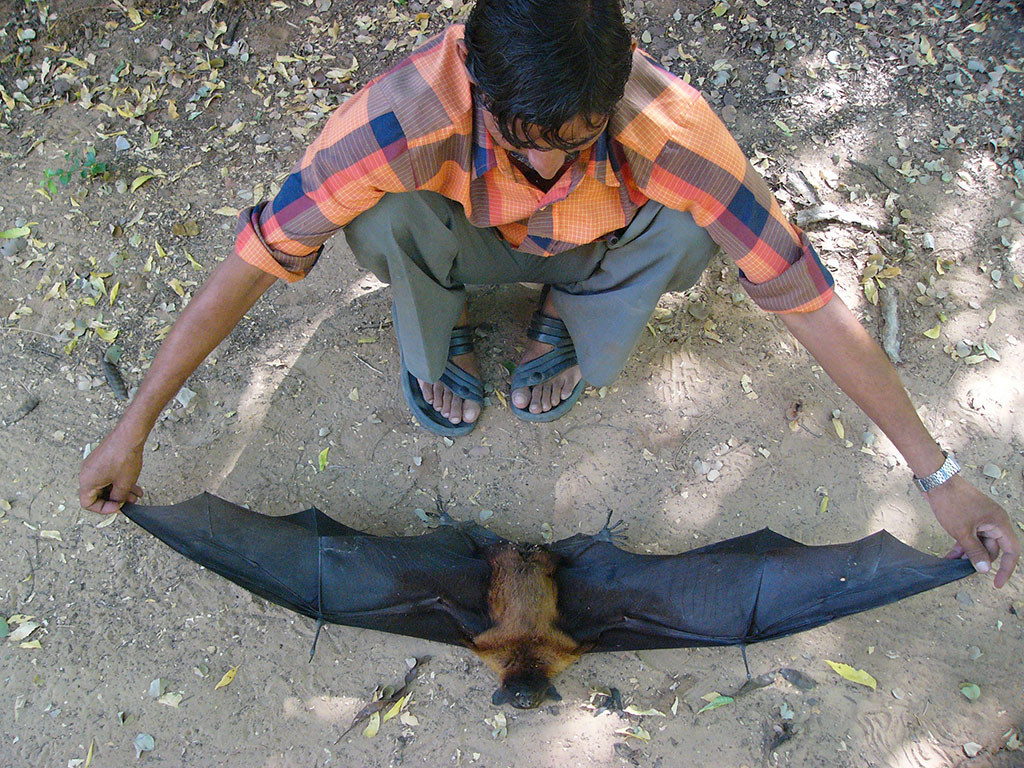 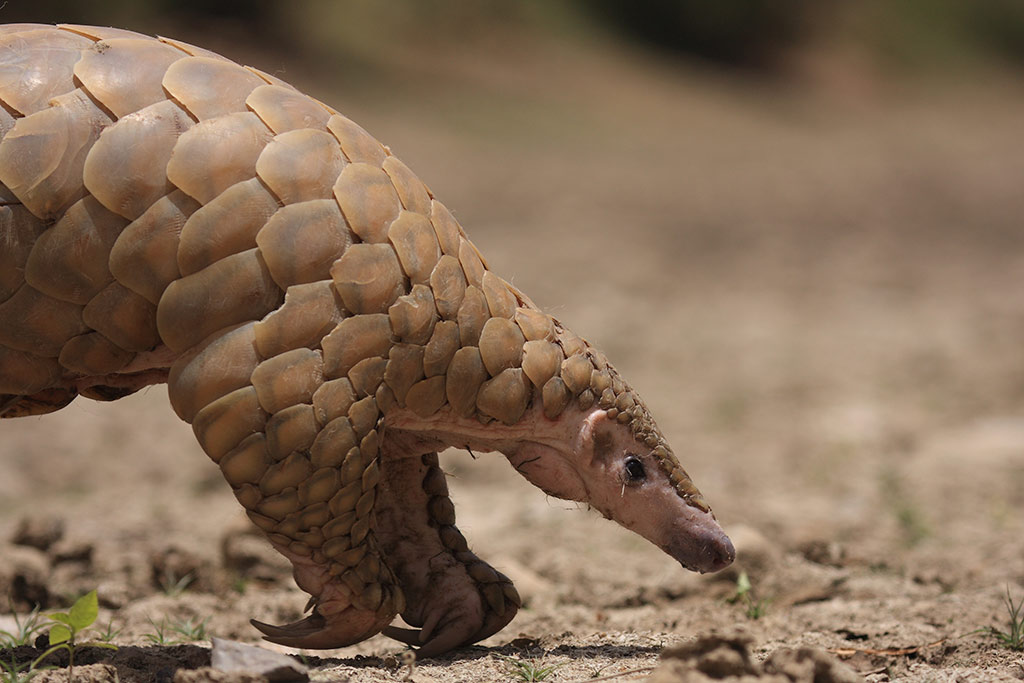 Pangolin might have helped in mutating Corona virus and we humans have smuggle them live into wildlife markets (PC: Dr. Dharmendra Khandal).

The disrespect that so many who have suffered who served nature is shocking. Many of us are now angry and unforgiving. Our warnings for the last 50 years have come true. We have tirelessly strived to prioritized the protection of our natural world. Few who made policy or took decisions listened. Today they should be covered in guilt. Big business failed nature. Few provided grants to protect it. The leaders of business preferred to remain ignorant of nature’s ways. Now they have been hit where it hurts. Trillions of dollars lost and economies at a standstill. If we wake up from this nightmare will they learn? Will they shed their arrogance? The less said about our politicians and their bureaucrats the better. I remember how hard I tried to get Prime Minister Manmohan Singh to create a department of forests and wildlife (which did not exist in our Ministry of Environment and Forests) so that this essential sector was properly governed. The idea was to make a separate ministry over time and allow a Ministry of Environment and Climate Change to be independent of it. He agreed with my logic, (10 years ago) and instructed that it should be done. But a bunch of secretaries vetoed him. Prime Minister Narendra Modi has not held one meeting of the National Board of Wildlife in 7 years. Nobody cares. They still do not realize that the virus they deal with finds its origin in wildlife and gets released because of bad governance. They do not realize that our country is in dire straits, the economy a mess and life disrupted because of how we deal with the natural world and its myriad species. Prime Ministers, Ministers, political leaders, bureaucrats, business leaders, and society at large…. get educated fast as nature’s time bomb is ticking. This Corona virus is a warning. The next time Nature will let loose a virus that will be much worse.

This global pandemic could have come much earlier. It did not because of the tireless service of both Nature Warriors and Wildlife Warriors. These people come from all walks of life in village, town and city and spend their time passionately defending nature. Without them we would have no world to live in. They provide the most essential service to our nation but are least recognized or respected. More often than not they are relegated to oblivion. We need to remember all of them today and salute them. Who are these people? 150000 are forest officers and forest guards. Another 100000 are scientists, wildlife watchers, wildlife travel promoters, wildlife hotel creators, wildlife photographers, wildlife filmmakers, writers, conservationists, naturalists, village volunteers and NGO’S. We need to celebrate them and when we are out of this crisis the Prime Minister must do some brainstorming with them. You cannot run an economy without a healthy natural world. This virus reveals how easily economic collapse comes. Prime Ministers of the world will have to put forests, wildlife and the environment on the top of the agenda if you do not want to be plagued with more disease and death. Economic recoveries must be green in nature. No longer can we harm the natural wealth of our country or of any country. This virus has proven that a virus from Wuhan has swept the world. That is the interdependence of the world today. Heal nature must be our call sign. Our leadership across this planet must wake up to a new era where life, the economics of it, the design of it arenon-wasteful and non-exploitative, and led with a great respect for nature. To prevent global warming and climate change must be immediate priorities.  This virus has revealed how our planet is vulnerable and without healing nature we as a human race can die. Let’s learn our lessons and act hand in hand with the natural world. We need urgent global meetings of world leaders on forests and wildlife. We need global decisions to close wet markets and wildlife trade. We need to find noninvasive solutions to our future. Enough of diplomacy. It is time to call a spade a spade. Enough of G7 and G20 meets. They need to be re-strategized in the light of what has happened. Our mission today must be to create key strategies to protect natural eco -systems, our wilderness and all the life that abounds in it. If we do not achieve this mission, there is no hope of a future for our planet.

Valmik Thapar is India's most respected wildlife expert and conservationists, having produced and narrated documentaries on India's natural habitat for such media as the BBC, Animal Planet, Discovery, and National Geographic. He is the author of 40 books and several articles.