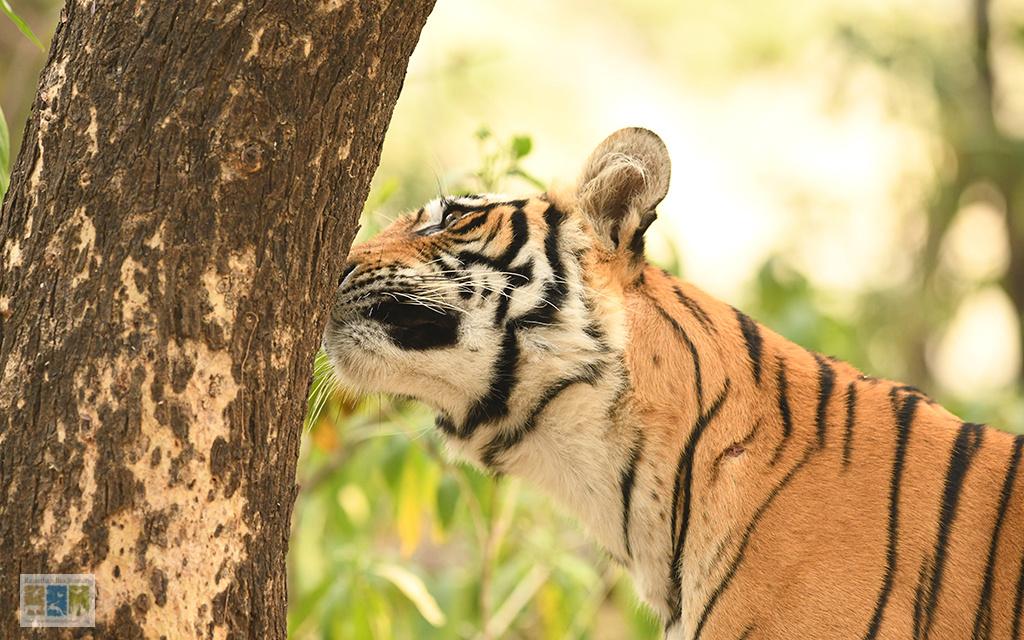 Colonel Kesri Singh, the famed tiger hunter from Rajasthan wrote that when the Maharaja of Datia (Madhya Pradesh), Gobind Sinh arrived in Gwalior to for a hunt, there was very little time for preparation, and  he hurriedly consulted his men in the state shikarkhana for any information on tigers in the area. He learnt that a tiger had hunted a cow in a nearby village. Upon investigation, he learnt to his consternation, that the kill was lying out  in the open and that there was no feasible location to erect a machan. Kesri Singh ji then decided to erect a machan on a banyan tree 500 metres away from the cattle kill site and had a domestic pig tied to bait the tiger. However, the pig was not the only lure for the tiger,  he also relied on a rather curious plant. They believed that the aroma of this particular plant would attract the tiger ! The plant was the jatamansi or Indian Spikenard (Nardostachys jatamansi). Today, this plant species is critically endangered, and therefore quite ironically, in far greater peril than the tiger.

To lure the tiger, Kesri Singh ji had two sacks filled with this plant, soaked them in water, tied them up and handed them to two members of his hunting staff. The two men were then ordered to drag the wet jatamansi filled sacks for 500 yards on two different routes, both of which eventually led to the banyan tree with the machan, in order to leave two strong scent trails. Kesri Singh ji believed that the scent was very similar to that of a tigress, and would prove irresistible to the tiger. 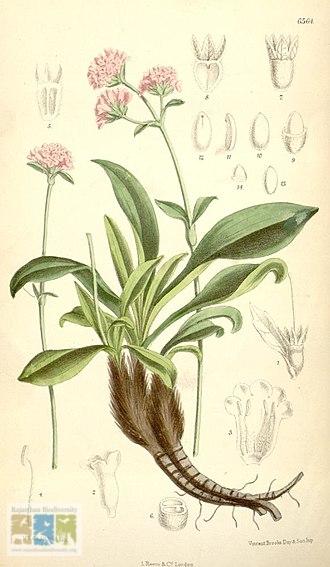 This unconventional method proved successful, and at 9 pm, the tiger appeared before their machan following one of the scent trails and was shot.

In more recent times, when a tigress in Maharashtra was believed to have killed dozens of people, forest officials were spraying a specific cologne in the forest in the hope of locating her. You must think that this is quite a strange way to locate a tigress, however this method is not novel at all and has been used on big cats all over the world. South American biologists have resorted to this method to lure jaguars to camera trapping sites. Researchers also employ this method under special circumstances, such as when a tiger strays outside of a protected area. The cologne of choice for such an endeavour is usually made by the brand Calvin Klein, and contains.a special kind of pheromone called civetone. Civetone was traditionally procured from the glands of members of the civet and badger families. Today, it is produced synthetically.   In the past, the secretion of badger glands was the main component for perfumes.

The Bronx Zoo collected data on their tigers’ reactions to a variety of colognes and perfumes. They reported that the tigers spent 11.1 minutes smelling Calvin Klein’s Obsession for Men, 10.4 minutes smelling Ricci’s L’Air  du Smells Temps, and spent a measly 2-15 seconds on other brands. 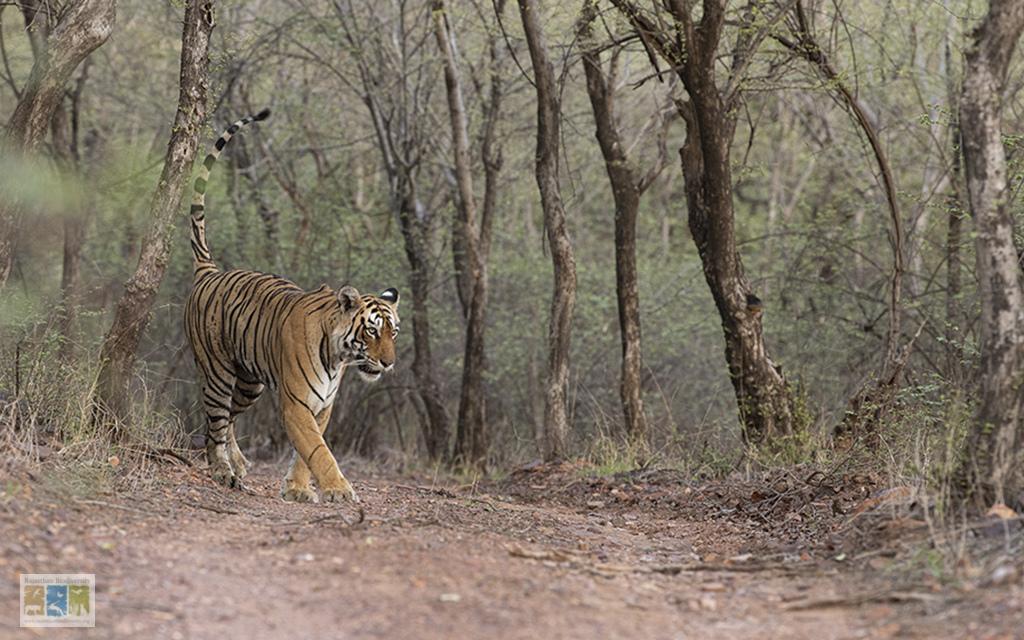 A tiger will spray urine on the most prominent tree on a pathway or choose a tree that is leaning into a pathway. (Photo: Dr. Dharmendra Khandal)

Tigers scent mark trees and stones with their urine sprays and various glands to mark their territories. While the smell itself is relatively mild, it is dissolved in an oily substance (lipid), which sends a message to other tigers for several days, communicating which tiger the territory belongs to and what condition it is in. The choice of location to scent mark is such that it remains for several days and is not washed away by the rain. Often, a tiger will spray urine on the most prominent tree on a pathway or choose a tree that is leaning into a pathway. Raindrops will not be able to easily wash away the scent mark on a tree that is leaning in such a manner, and there is also a much larger surface area to spray urine on. If you look up photographs of tigers urine scent marking on the internet, you will find most photographs will be of tigers spraying urine on trees leaning into pathways. Tigers also avoid urine scent marking trees which contain resin, for their scent will get overpowered by the strong smell of resin.

A chemical called 2 acetyl-1-pyrroline (2AP) is found in tiger urine. Interestingly, this chemical is also formed when bread, basmati rice or even a roti , is put on an open flame and turns brown. Just as the actions and attributes of different kinds of  flora and fauna are similar in nature, such is the case with chemicals. Thus rather curiously, tigers and other cats are also attracted by a solution prepared from the placenta of the American bobcat. In 2017, senior forest official Sh. Gobind Sagar Bhardwaj and his team adroitly lured a subadult male tiger to a specific location using the urine of a tigress, in order to capture and release it to a safer area in Sariska Tiger Reserve. The urine itself was procured from a tigress in a zoo for this unique intervention.

Therefore, this method has historically been used to put tigers in mortal danger, but in recent times has been used to protect them.