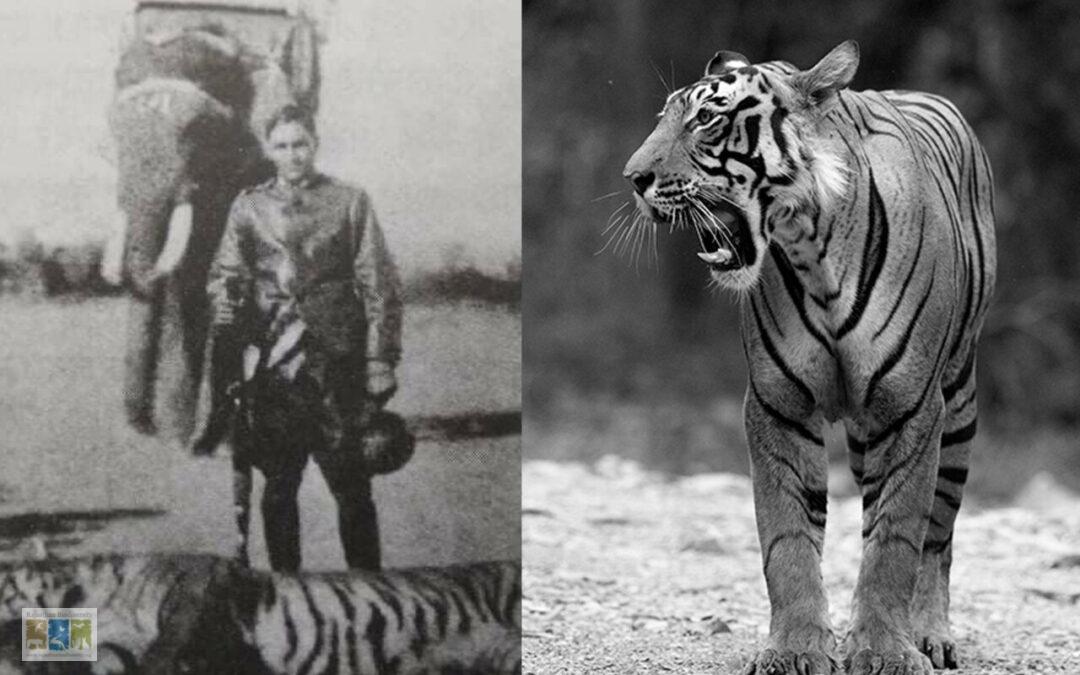 We can decipher some truly ingenious ways of saving tigers from the archaic world of antiquated hunting methods. One such method is brought to light in the writings of Col. Kesri Singh ji, the famous hunter from Rajasthan.

Col. Kesri Singh was an expert in his craft, and spent years managing the Shikarkhanas of the erstwhile princely states of Jaipur and Gwalior (Madhya Pradesh). The context of that era was very different,  hunting tigers and leopards was recognized both by law and societal norms of those states. Therefore, to view such historical episodes with a jaundiced eye would not be correct. Kesri Singh ji has written many books in which he has elaborated on the nuances of tiger hunting in great detail through his own personal experiences. Many of these nuances are still relevant, and can be effectively repurposed to serve the cause of tiger conservation.

His book Hints on Tiger Shooting, published in 1965, includes an account from Band Baretha (Bharatpur district, Rajasthan), where he described how his friend was able to momentarily stop a tiger in its tracks just long enough to be able to shoot it with relative ease. 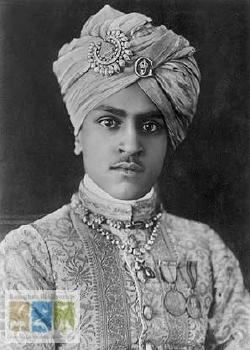 Kesri Singh ji writes that he and Maharaja Kishan Singh ji of Bharatpur were school friends. Both attended Mayo College in Ajmer. Kishan Singh ji was known to invent ‘new methods’ for given tasks very often. Kesri Singh ji also adds that he had not personally witnessed the tiger hunting method employed by his friend in Band Baretha, perhaps he would not have been so inclined to consider it reliable. Kishan Singh ji is also remembered as a social reformer of his time, and is the grandfather of Sh. Vishvendra Singh, a well known politician in Rajasthan and great-grandfather of young Sh. Anirudh Singh, also a politician. Baretha currently has the status of a wildlife sanctuary and is known as Band Baretha Wildlife Sanctuary. However, Baretha was recently in the news because the Rajasthan Government separated a large part of the sanctuary in order to be able to mine stones for the construction of the Ram Temple in Ayodhya. 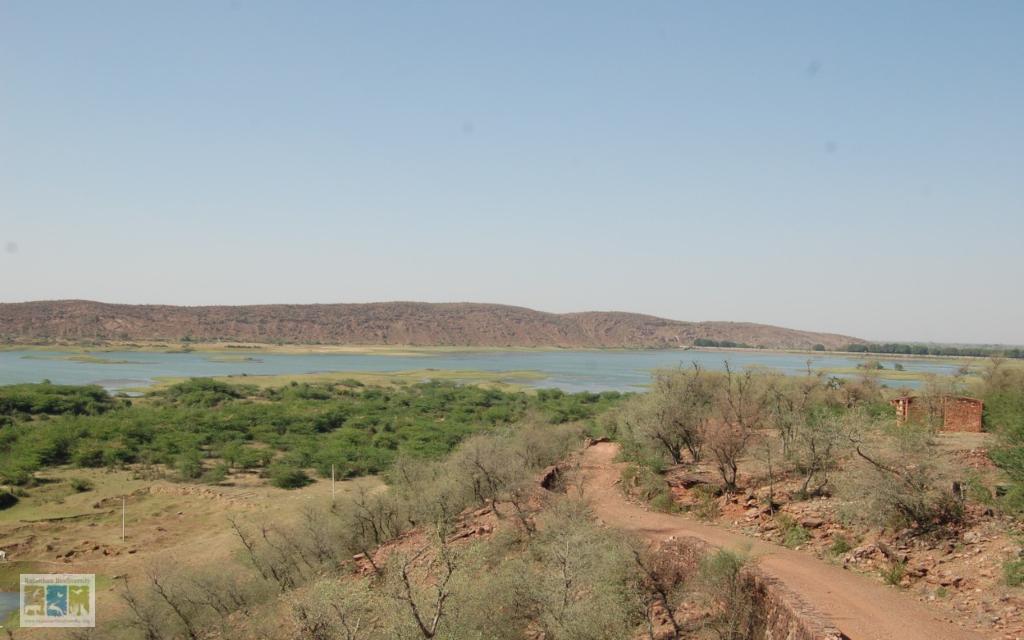 One of the most popular methods of tiger hunting in those days was beating. A beat entailed beaters following a tiger in a ‘U’ shaped formation all the while making an ungodly racket, thus funneling the frightened tiger towards a predetermined spot where the hunter, already waiting on a machan, could easily shoot it . While the machan itself was usually concealed, the spot the tiger was driven to before the machan was open ground devoid of any cover or concealment. However, at times the tiger would often arrive so fast that if the hunter was not prepared to shoot it at that precise moment, the entire arduous process had to be repeated again. 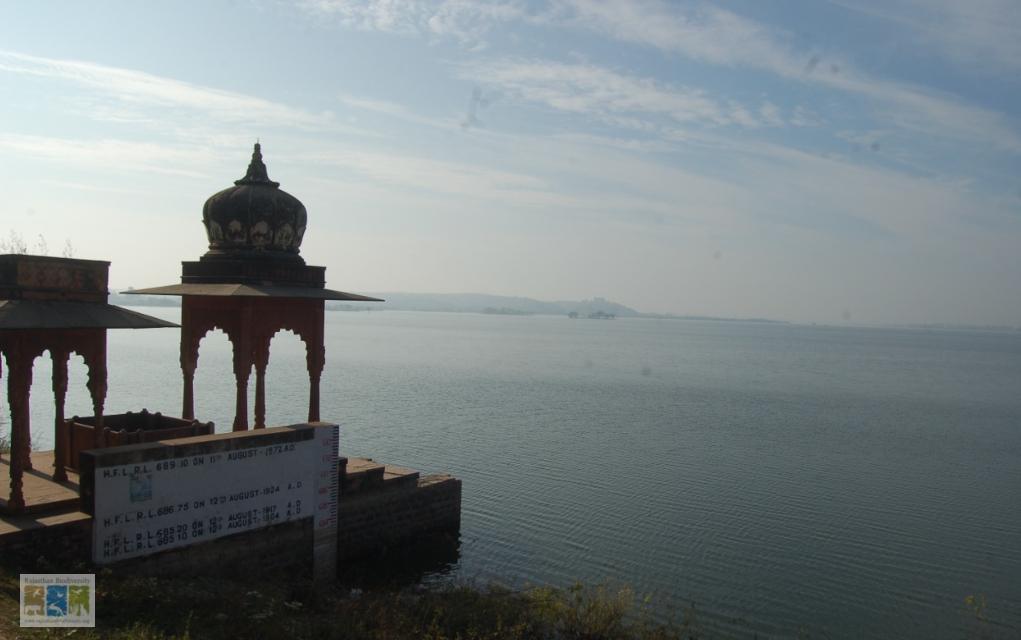 Kesri Singh ji writes that as soon as the tiger arrived on open ground before the machan in Bandh Bareta, the tiger paused and was trying to get something off its paws ! This gave the hunter in the machan just the right amount of time to hunt the tiger with a well aimed shot. 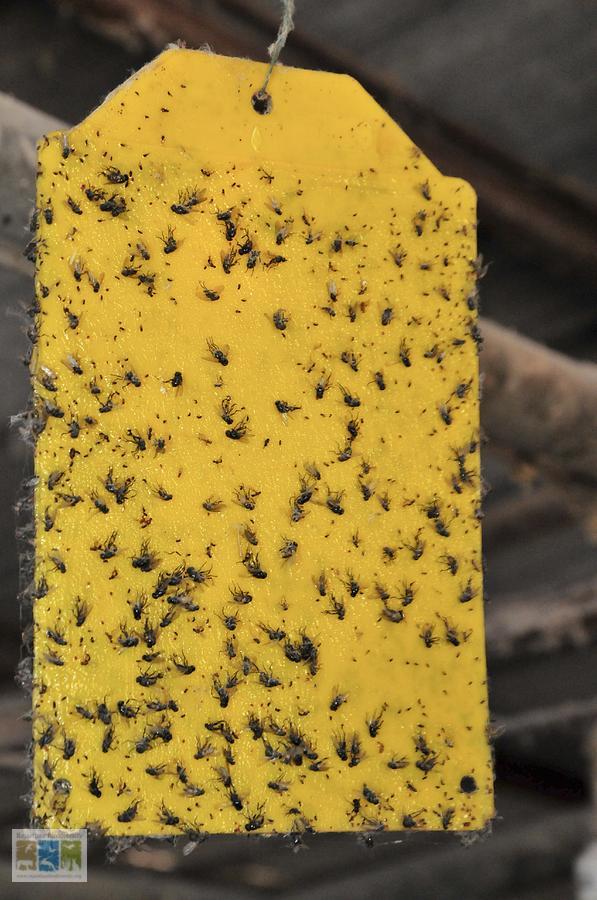 Upon enquiry, Kishan Singh ji explained how he had flypaper placed i.e. paper with adhesive material on one side used to catch flies and insects, on the path the tiger was to take, so that when the tiger trod on the adhesive paper, pieces of the paper got stuck to it’s paws and when the tiger momentarily paused to rid its paws of these pieces, it became an easy target for the hunter.
Today, such a method could be used in special circumstances, such as trapping a straying or man-eating tiger, not for the bullet, but the tranquilisation dart. Here too, shooting at precisely the right moment is of paramount importance and the added fact that the sedative acts relatively slowly. Thus, to be able to momentarily stop a tiger in its tracks without causing it any harm can only be advantageous in capture operations requiring tranquilisation.