The Discovery & Possibilities of Dinosaur Remains in Rajasthan 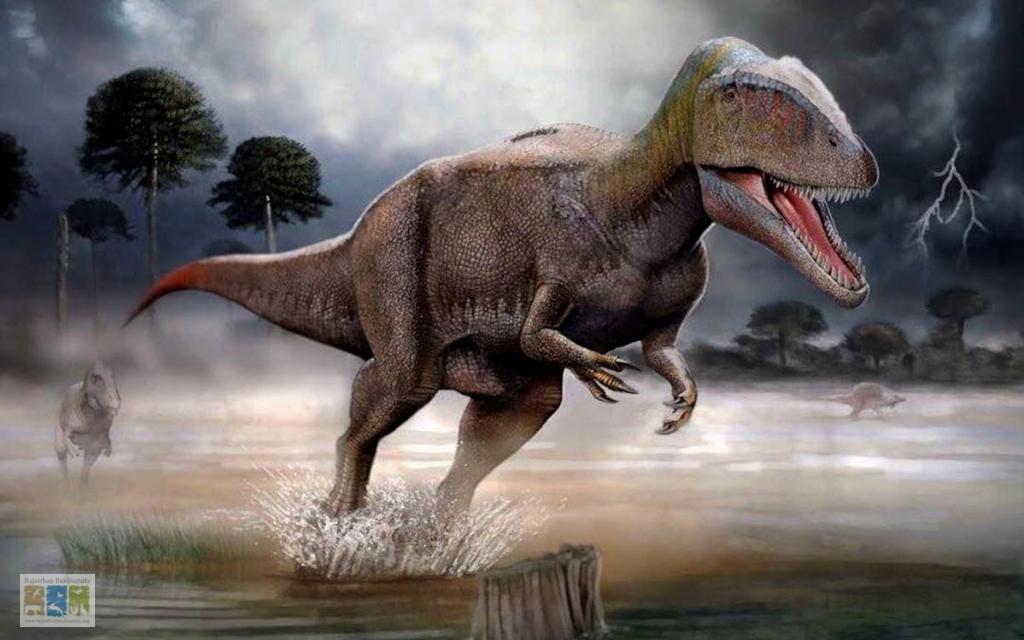 What kind of dinosaurs roamed Rajasthan? This is a matter of great curiosity. The facts literally remained buried for a long time until 1985, when Sh. U.B. Mathur blew the lid off the subject by discovering and identifying two fossilized dinosaur bones near the Baba Bharati temple, which is about 2 km away from Jaisalmer.

In January 2014, a seminar was organized at the University of Rajasthan, Jaipur and this was the 9th International Jurassic Congress. In the aftermath of the seminar, several participants headed to Jaisalmer for a field visit. Once there, Jan Schlogl of Comenius University in Slovakia, and Grzegorz Pienkowski, a professor from Warsaw University in Poland, found some undiscovered footprints. The location of the footprints is 16 kms east of Jaisalmer and 16 kms away from the Jaisalmer-Jodhpur Highway near a village called ‘Thaiat’ (GPS: N26°55’50.1″, E71°03’54.2″). Interestingly the two footprints belonged to two different dinosaurs. These footprints were made on what was once sedimentary land, which gradually turned to stone. On the basis of these footprints, two species of dinosaurs were also identified, and these were purportedly  Eubrontes cf. giganteus and Grallator tenuis . The giganteus species (Eubrontes cf. giganteus) of the genus Eubrontes reportedly had a footprint of 35 cm, while the size of the Grallator tenuis was found to be 5.5 cm, which was much smaller. 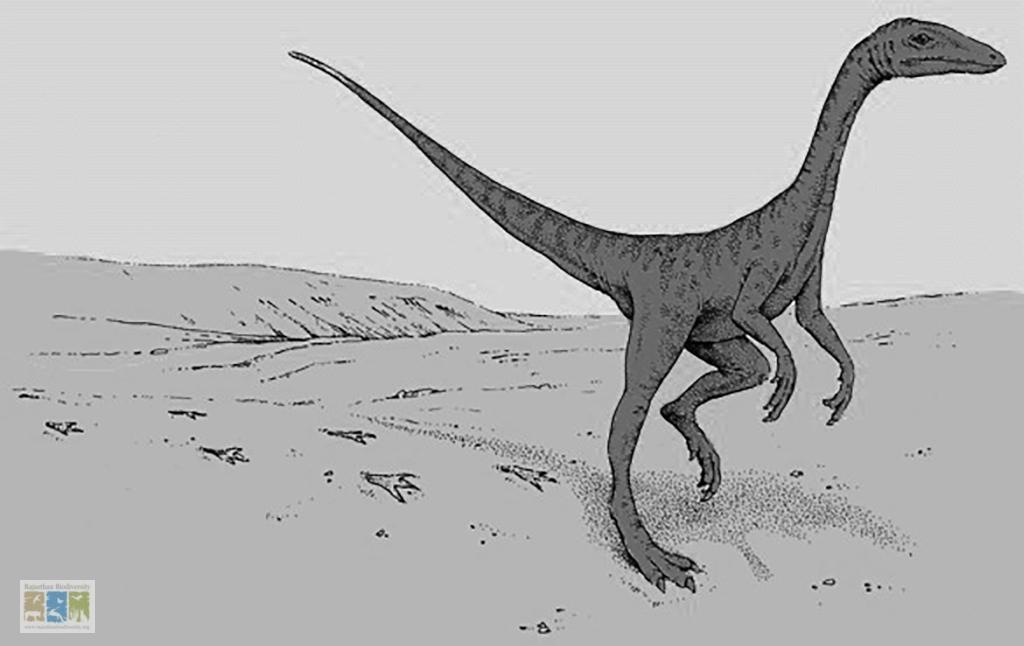 A representative sketch of the Grallator species(Photo: Gobind Rai, 2021) 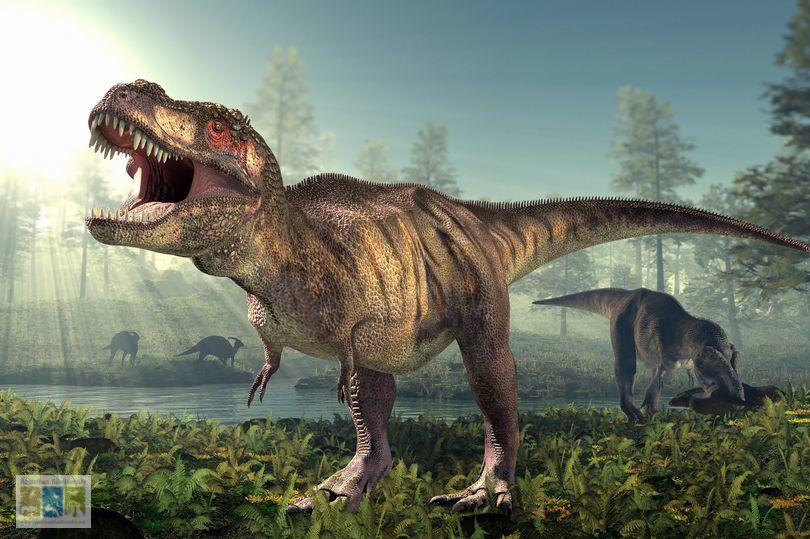 A computer generated image of the Eubrontes species (Photo: Parihar, 2021)

Both these footprints were made in the sediment or silt of the seashore of that era, which later became permanently stone-like. At that time Rajasthan formed a part of the seashore to the Tethys ocean.

These two discoveries also inspired local scientists to push the envelope in this direction, and soon Dr. Virendra Singh Parihar, a scientist from Jodhpur, along with his colleagues, discovered the footprints of another new species of dinosaur here. The species was purportedly identified as Eubrontes glenrosensis. In addition, Dr. Parihar also found a new footprint purportedly belonging to Grallator tenuis. Dr. Parihar is an emerging paleontologist who wants to explore these findings further. 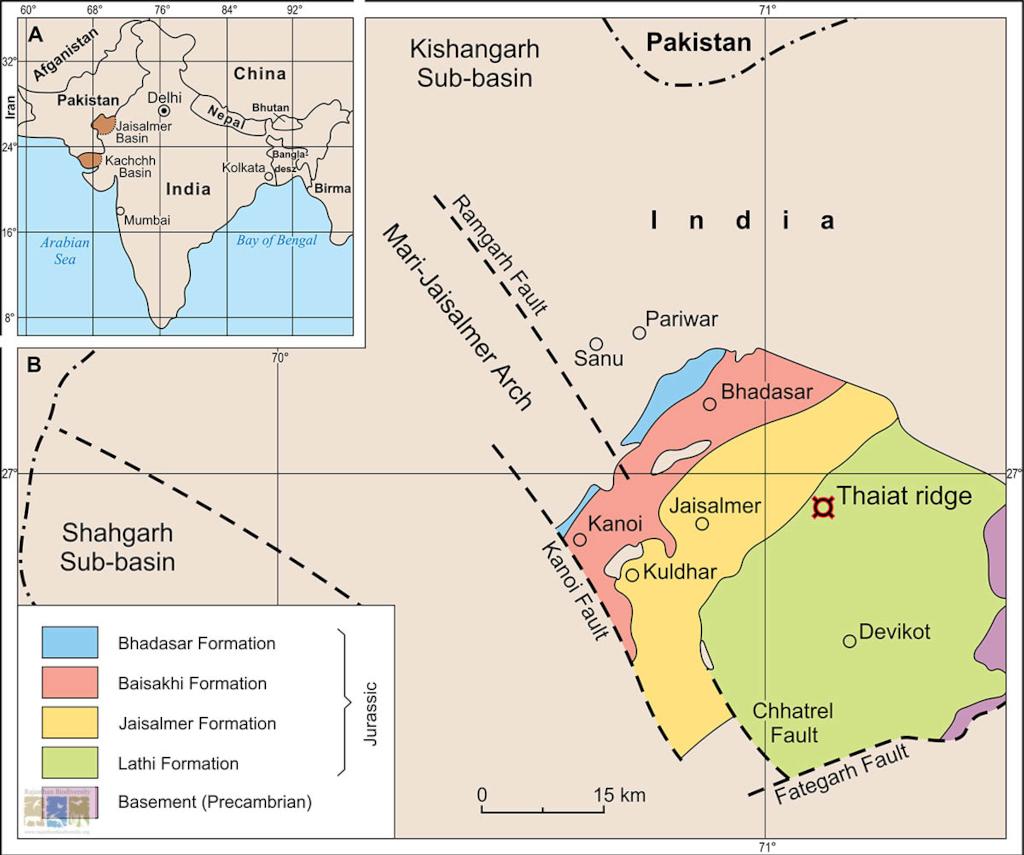 A sketched map showing the locations of the Kachchh and Jaisalmer basins on the outline of a map of India along with Jurassic outcrops in the Jaisalmer Basin. (Photo: Pienkowski et al. 2014)

Location of the Thaiat ridge in relation to where dinosaur footprints were recorded by Pienkowski’s team in 2014 (Photo: Pienkowski et al. 2014).

These three dinosaur species are considered to be of the theropod type, whose distinguishing feature was that their bones were hollow, and there were three digits present in the feet. All three were carnivorous.The species Eubrontes could have been 12 to 15 meters long, and it could have weighed between 500-700 kg.The height of the species Grallator could have been 2 meters (almost as much as a human), while the length has been estimated up to 3 meters. 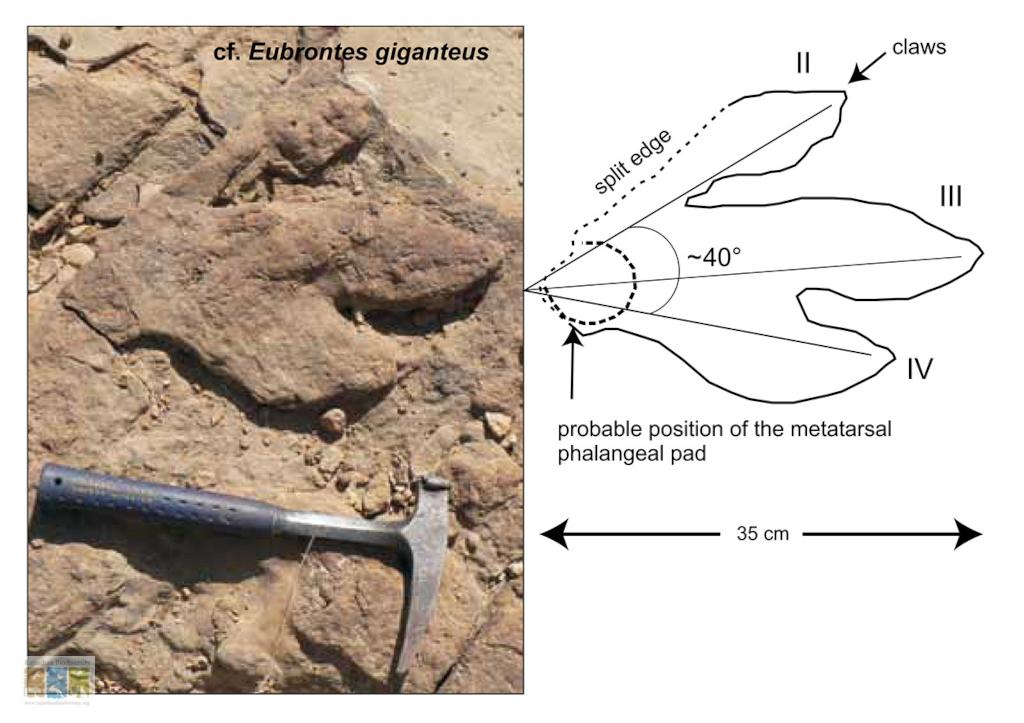 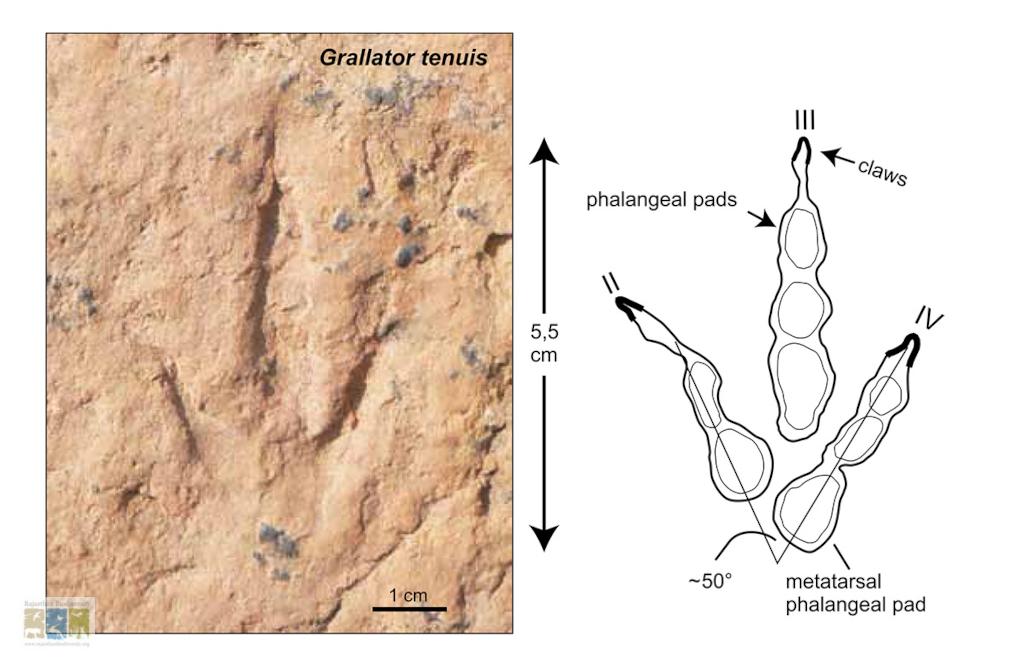 They believe that these footprints are 150 million years old  i.e. 150 million years ago dinosaurs roamed Rajasthan. Dr. Parihar is planning on revealing more discoveries to the world in due time. The possibility of finding more evidence of dinosaurs in Rajasthan’s  Jaisalmer and Barmer districts is very strong. 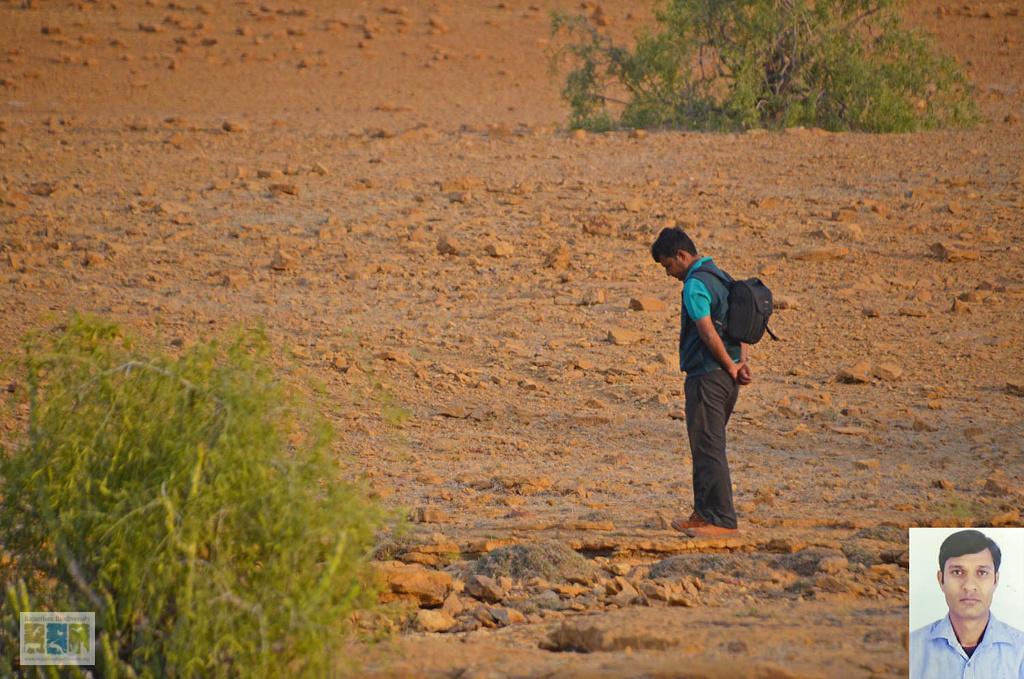 Dr. V.S. Parihar searching for evidence of dinosaurs in the Jaisalmer area.

All the research papers published on this topic are available on the internet or you can send mail to the following email- dharmkhandal@gmail.com

The following are three research papers relevant to Rajasthan: