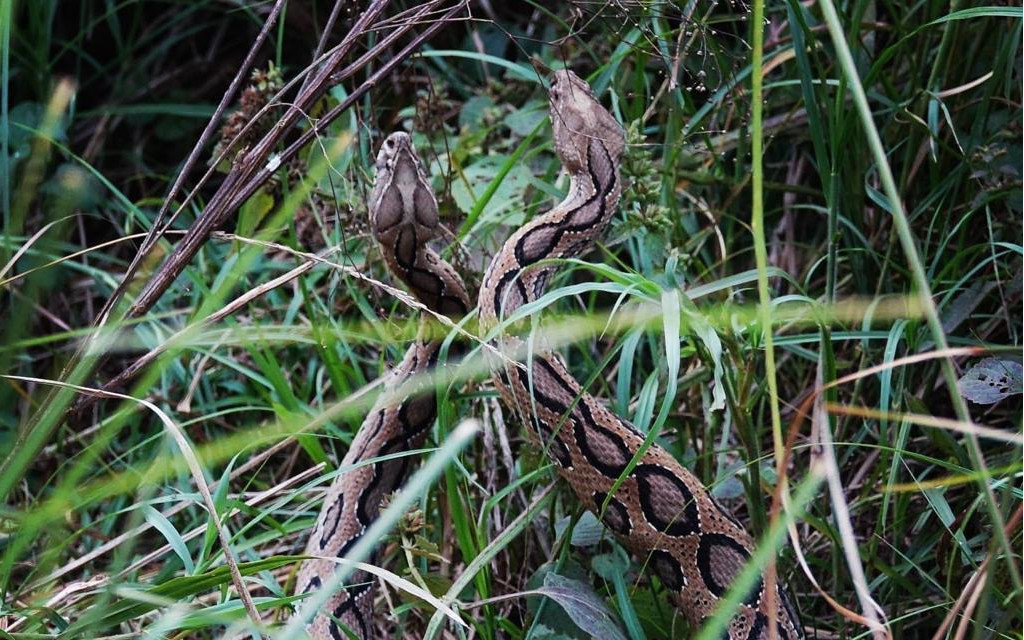 Russell’s viper, one among the four venomous snake species of India, shows a mesmerizing combat dance in two male snakes perform the ‘dance’ by wrapping around each other and raising their upper bodies in an attempt to subdue each other.

Length of snakes…4.5 to 5ft minimum 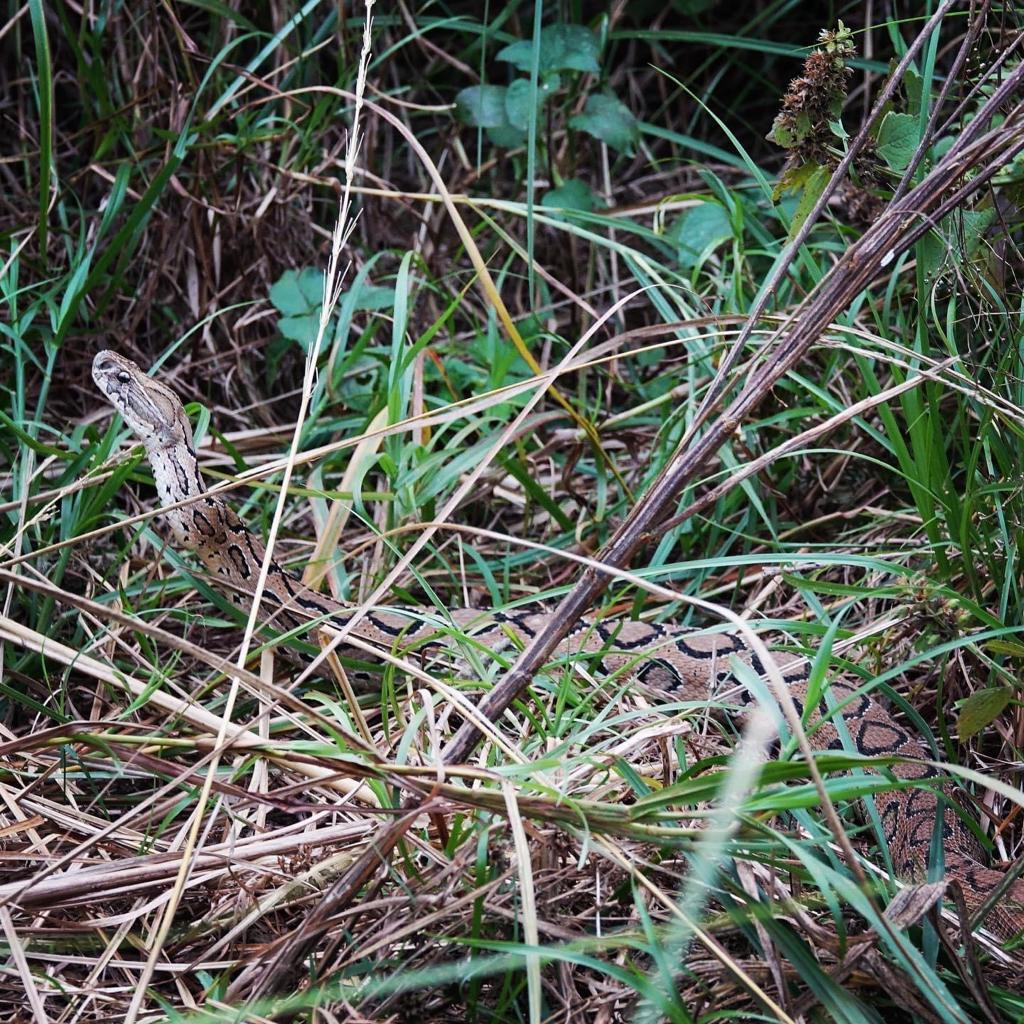 Staff workers noticed two snakes swaying as if fighting and call the camp naturalist…As the snakes were in high grass he mistakes them for pythons and approaches snakes( Russell’s Vipers are commonly mistaken for Pythons)….I observe from the edge as Sanjna Kapoor, Hamir  Thapar and Piyush watch snakes that are gently swaying and dancing…they move 5ft on human approach but lower sections seem locked. Tails or bodies not entangled or coiled together and as upper section sways lower section remains locked..there is no aggression and no pushing of bodies to touch each other. I believe it is swaying in a mating embrace. At 4.44 pm they vanish into a bush in the locked position. One snake tail is 4 inches longer. 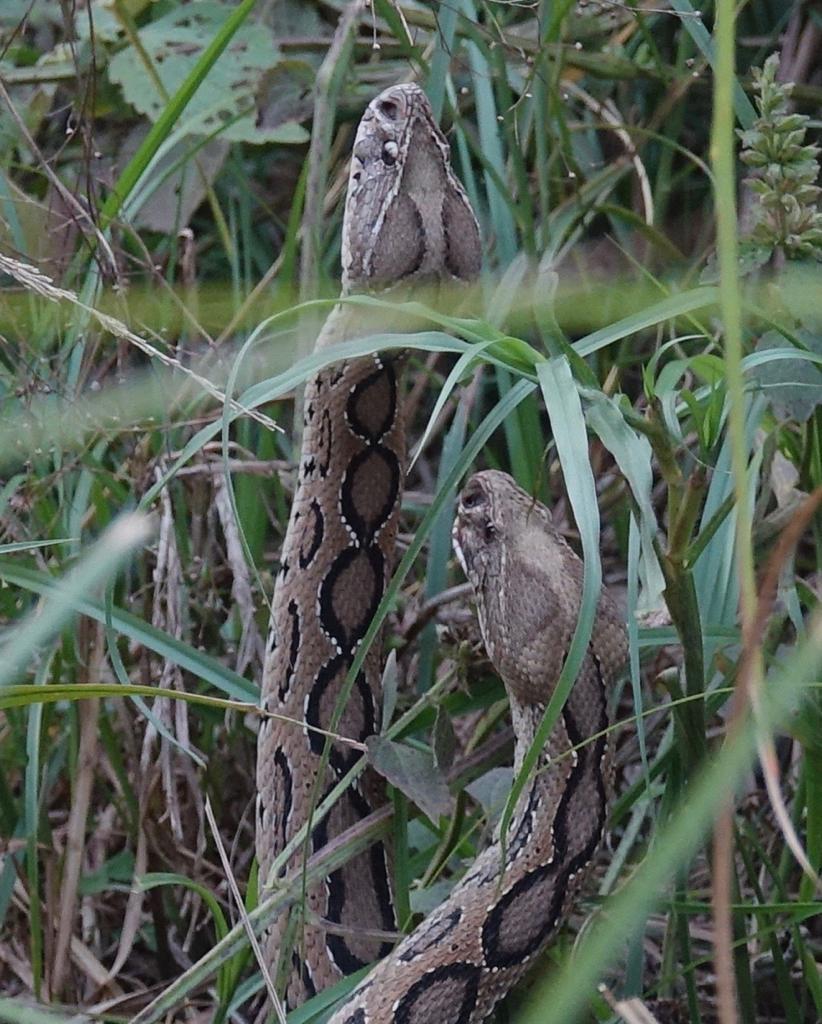 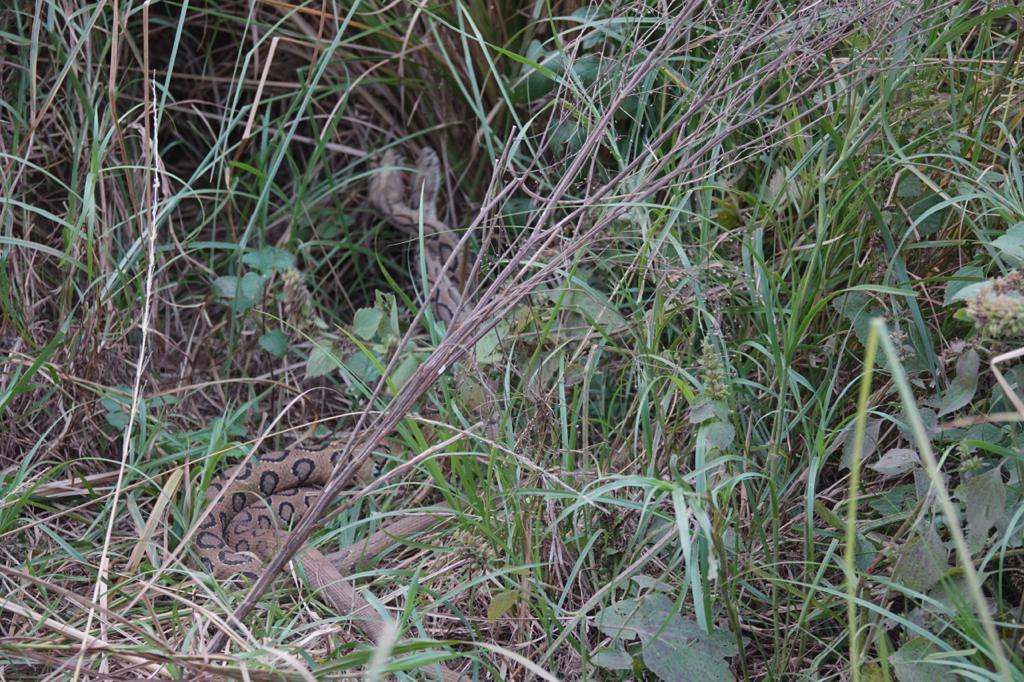 At no stage did the tails of the snake and lower section seperate.  I realised halfway through looking at the tails that these were deadly Russell’s Vipers and not pythons.

Later on discussions with experts in the field we realised that this was combat between two males..the female was probably nearby watching. A remarkable encounter. 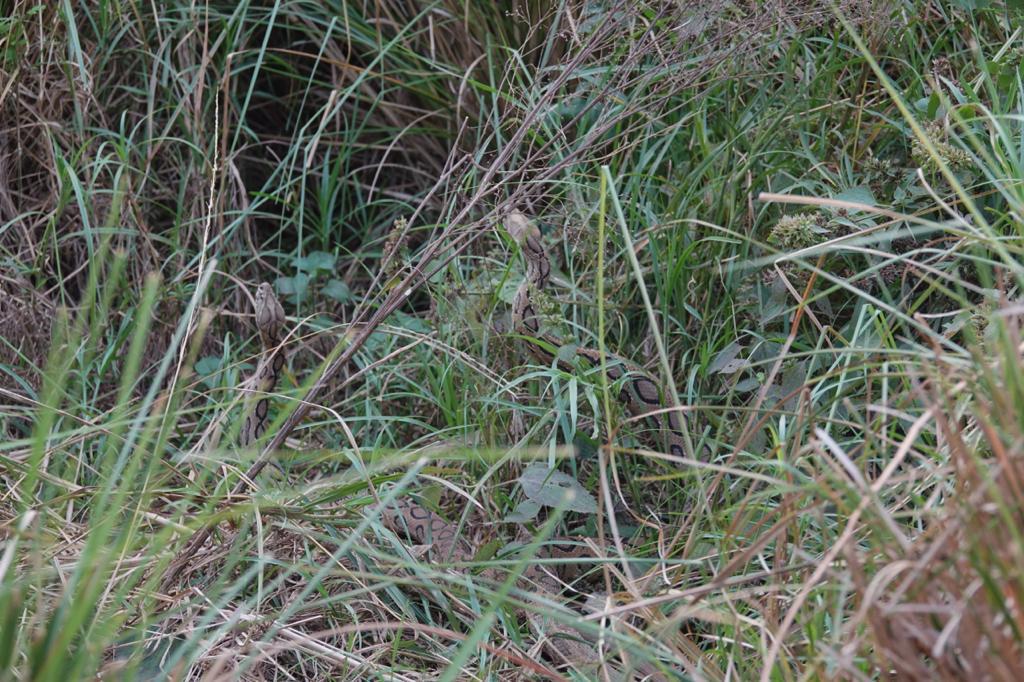 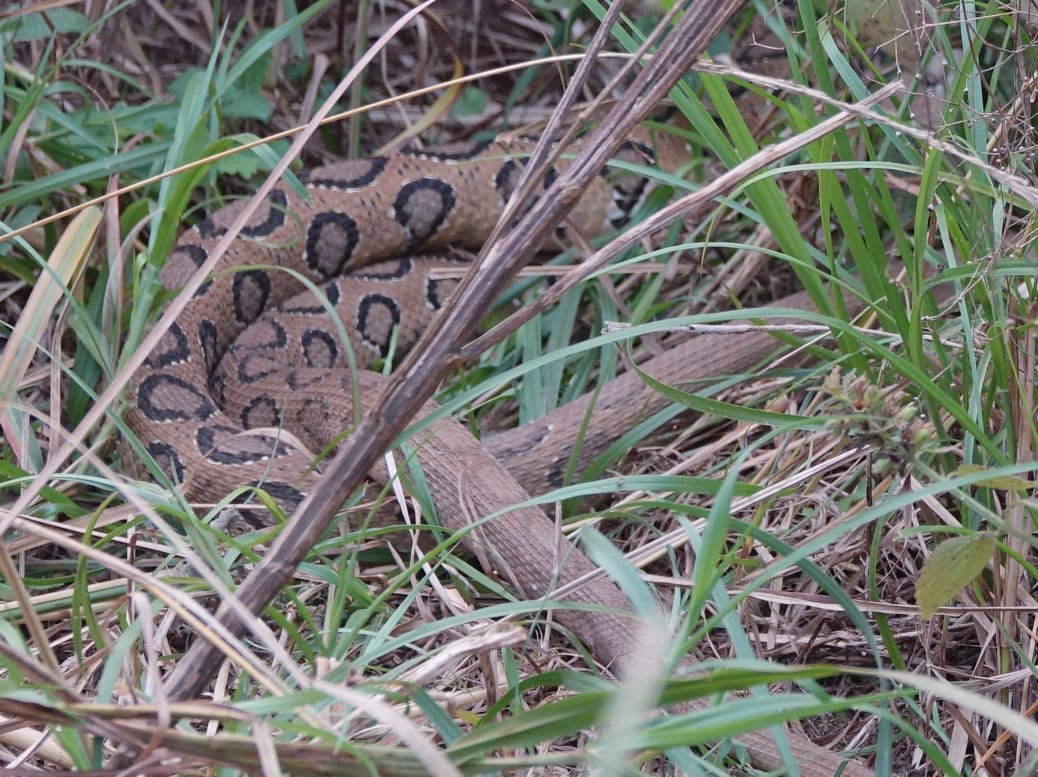 Valmik Thapar is India's most respected wildlife expert and conservationists, having produced and narrated documentaries on India's natural habitat for such media as the BBC, Animal Planet, Discovery, and National Geographic. He is the author of 40 books and several articles.