How to behave in a pandemic?- Some lessons from peafowl!! 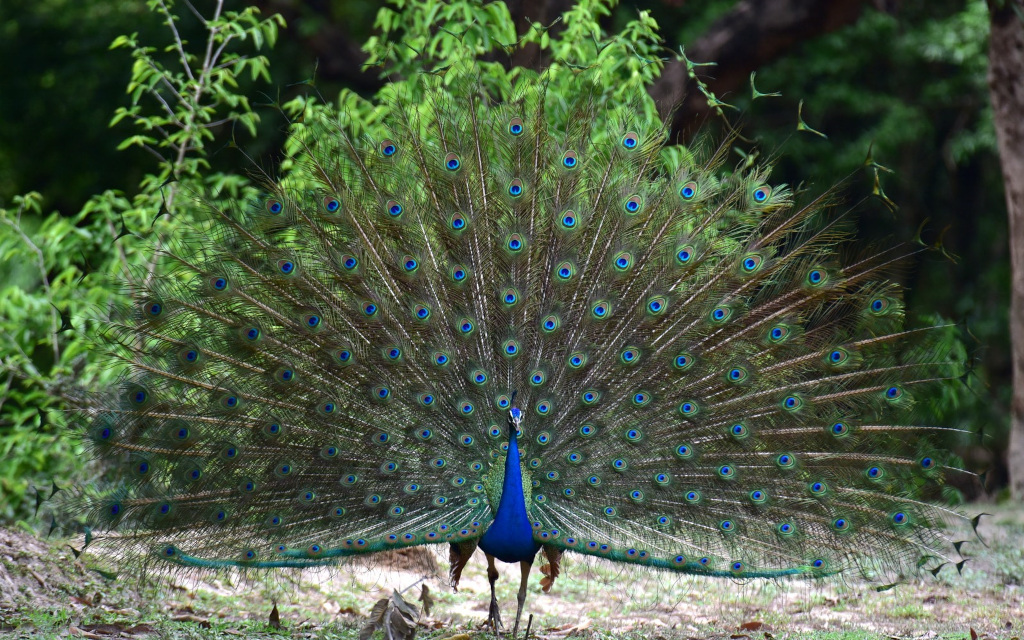 Indian Peafowl has been a prominent feature of the landscape of Rajasthan through the ages. There are many villages in Rajasthan where people and peafowl have co-existed for hundreds of years and have influenced each other socially, economically, culturally and so on. In some parts of India, peafowls are considered as crop pests or nuisance (negative interactions), in other parts they are seen as tourism attraction or as a sacred bird (positive interactions). 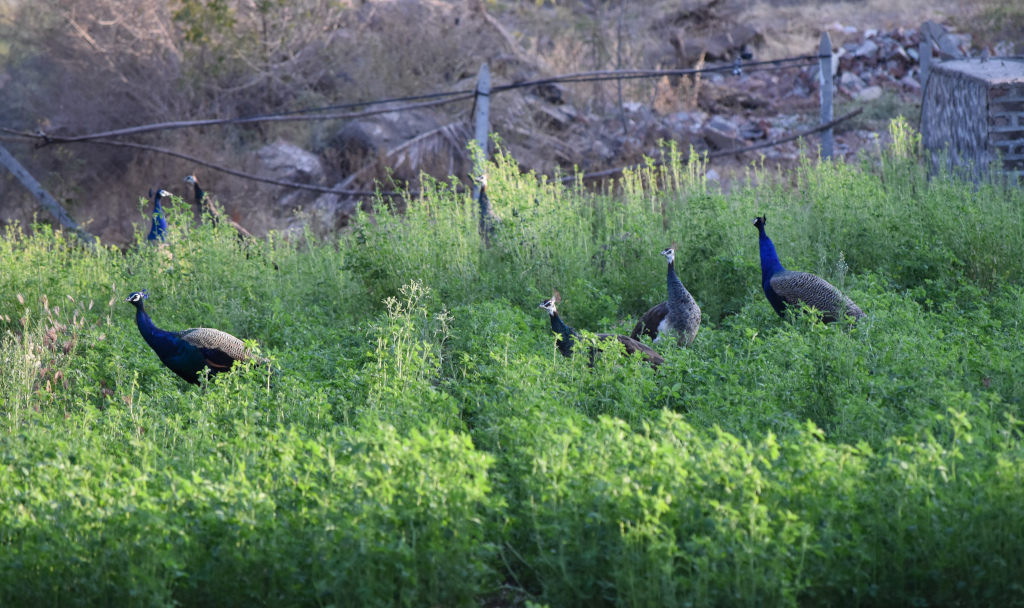 Peafowls in an agricultural field

Fascinated by such interactions between humans and peafowl, I and my team (Priyanka Dange, Vedanti Mahimkar, Rupesh Gawde and Tiger Watch Volunteers) studied Indian peafowl populations in the villages (Bangadda Kalan, Govindpura, Sanwata and Kuttalpura) in the vicinity of Ranthambhore Tiger Reserve, Rajasthan. They looked at diet, grouping behaviours and the intestinal parasites in Indian peafowl to understand how easy availability of food near humans can influence their behaviour and the diseases they catch.

Indian peafowl move around either individually, in pairs or groups which may consist of males, females, juveniles and chicks. Living in group has some advantages such as relative safety from predators but it also has costs such as competition for food among group members or increased chances of getting infected with some disease from other group members. Therefore, the research team studied whether peafowl change grouping patterns according to challenges faced by them in different seasons. 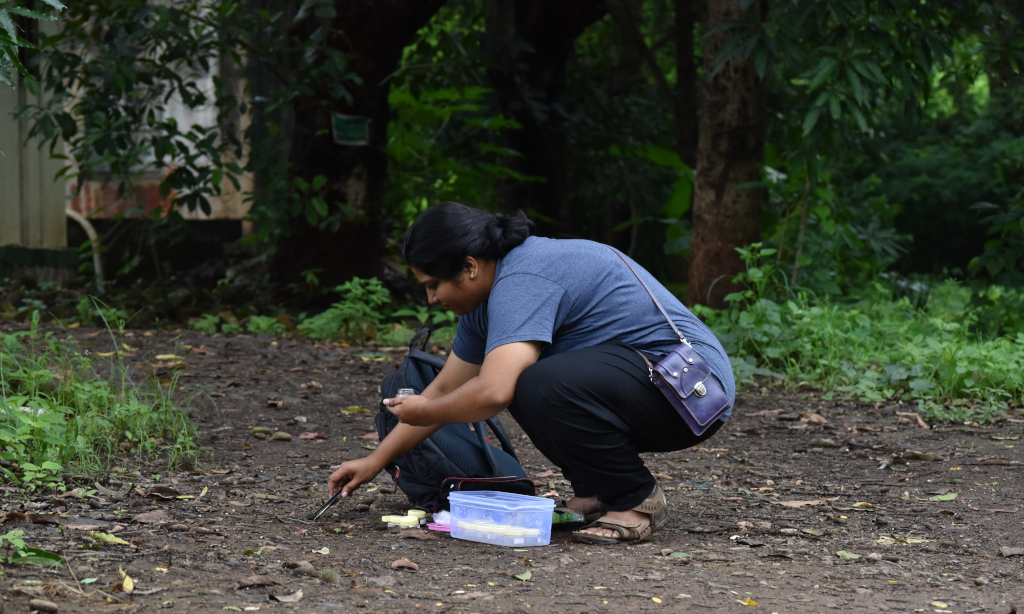 Intestinal parasites which can be transmitted through infected water, soil, or food are a big problem not just for humans but peafowl as well. Our team studied intestinal parasites using the fecal droppings of Indian peafowl in villages around Ranthambhore during three different seasons: pre-monsoon (Jan-June), monsoon (July- Sept) and post-monsoon (Oct- Dec). Parasites were identified and counted using microscope. In pre-monsoon season (dry hot summer), there was less parasite load and less number of peafowl had parasite infections. This is the same season during which researchers saw big groups (sometimes as big as 14-15 individuals in a group) of peafowl moving around in search of food. 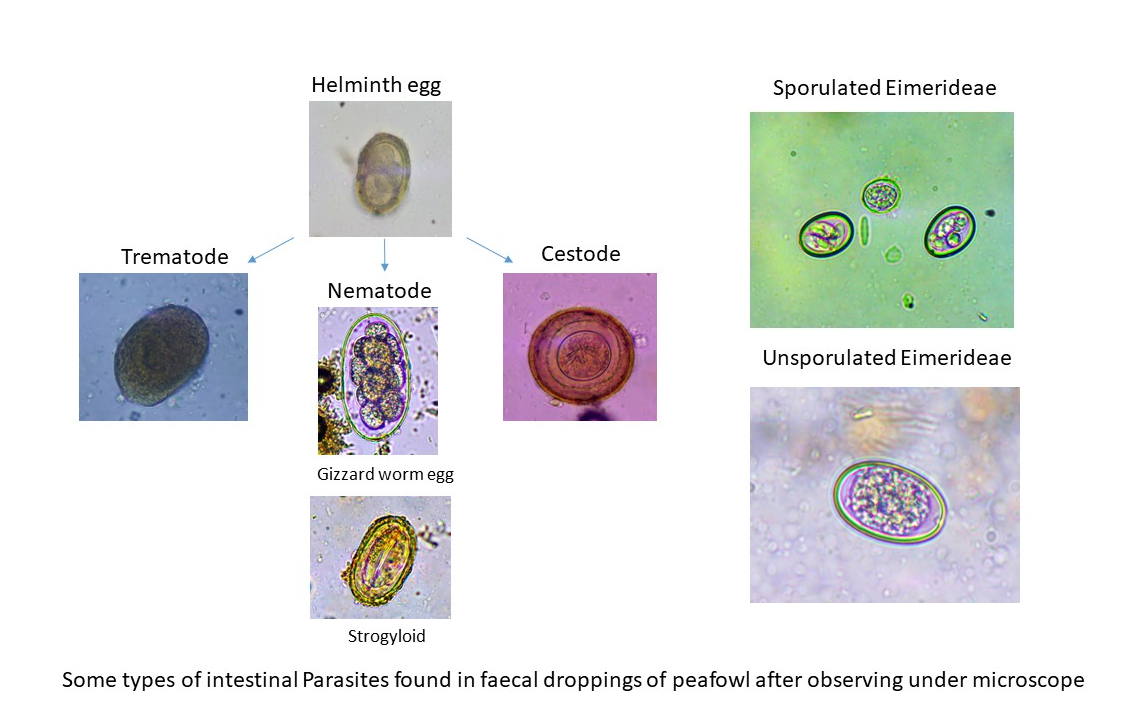 One can speculate that because of less parasites/ lower rate of transmission they can group together in large numbers and get the benefit of safety from predators. As soon as monsoon starts food (insects, worms, grass seeds, sprouts of different plants, grains) becomes abundant. During monsoon season more than 80% of peafowl get infected with intestinal parasites which spread easily during wet season. It becomes more risky to stay in groups because the chances of getting infected from other group members increase. Therefore, it is likely that peafowl also follow “social distancing” and the group size becomes small. The males also have to establish and defend a territory for the display as their breeding season starts. Thus, with changing season the big groups spilt and we see peafowl living individually, in pairs or very small groups of 3-4 individuals. The parasite infections are still high in post-monsoon season. In this season we see mostly peahens with their young chicks and sub-adults in a group, while most males live individually or in pairs. Thus, peafowl can weigh the risks and benefits and accordingly change their grouping behaviour or choices.

There is another interesting aspect to parasite transmission:

How food given by humans changes chances of disease transmission? Despite being considered as crop pests, the locals in villages around  Ranthambhore offer food grains to Indian Peafowl as a daily ritual in the temples throughout the year. This is called as food provisioning. On an average ~15 kg grains are made available for wildlife every day in and around temple premises year-round. This is a very reliable source of nutritious food for the peafowl. Who would want to miss the opportunity of getting easy nutritious treats? 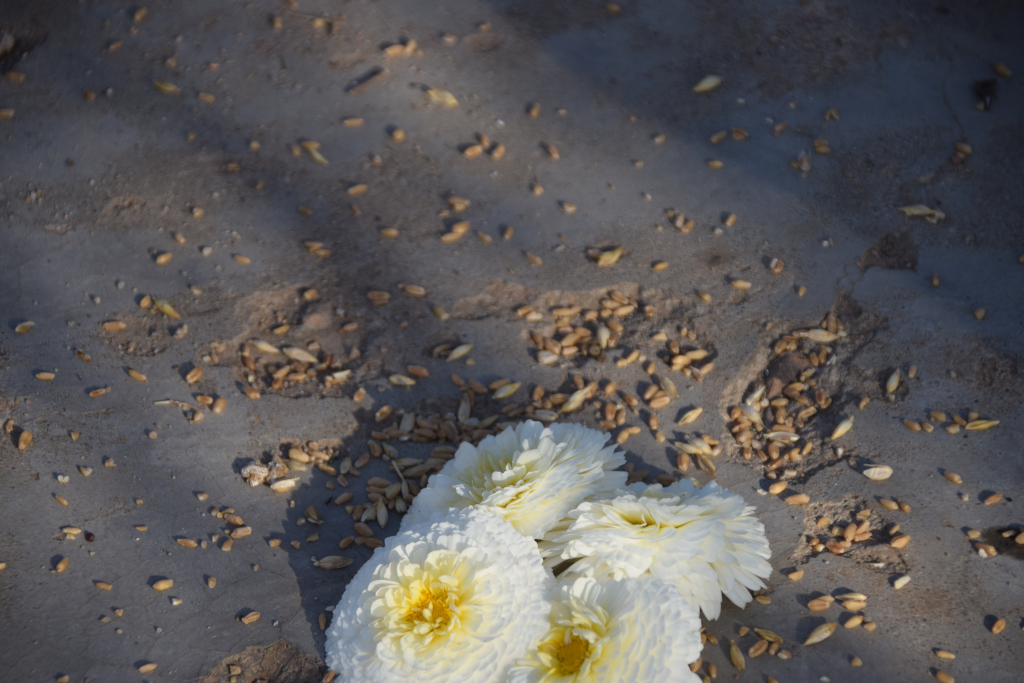 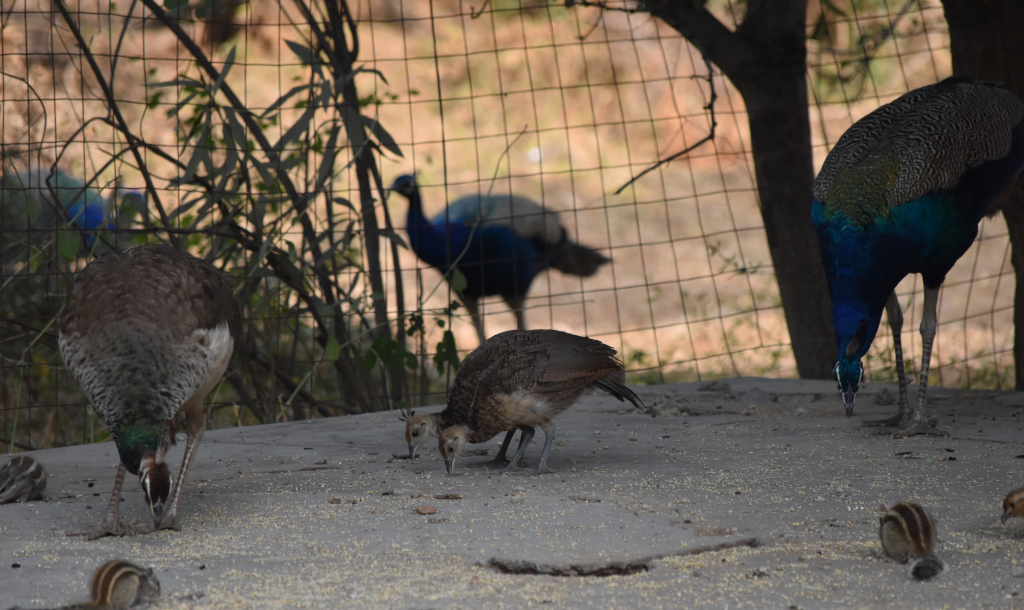 Peafowl from many different groups come together at feeding spot,

What do we learn from these interesting grouping behaviour of peafowl?

Just like humans, peafowl can also make decisions about living in a big group or not based on costs and benefits of the situation. Accordingly, they change their behaviour to get maximum benefits or reduce the costs. When the chances of getting disease are high, they prefer to live on their own or in small groups. But when it comes to getting good food, they are less careful about getting parasites from others. Isn’t that so human-like?

Dr. Dhanashree Paranjpe is currently associated with Annasaheb Kulkarni Dept. of Biodiversity, Abasaheb Garware College in Pune. Her research areas include include ecology, evolution and animal behaviour. She is also passionate about scientific outreach and communication.