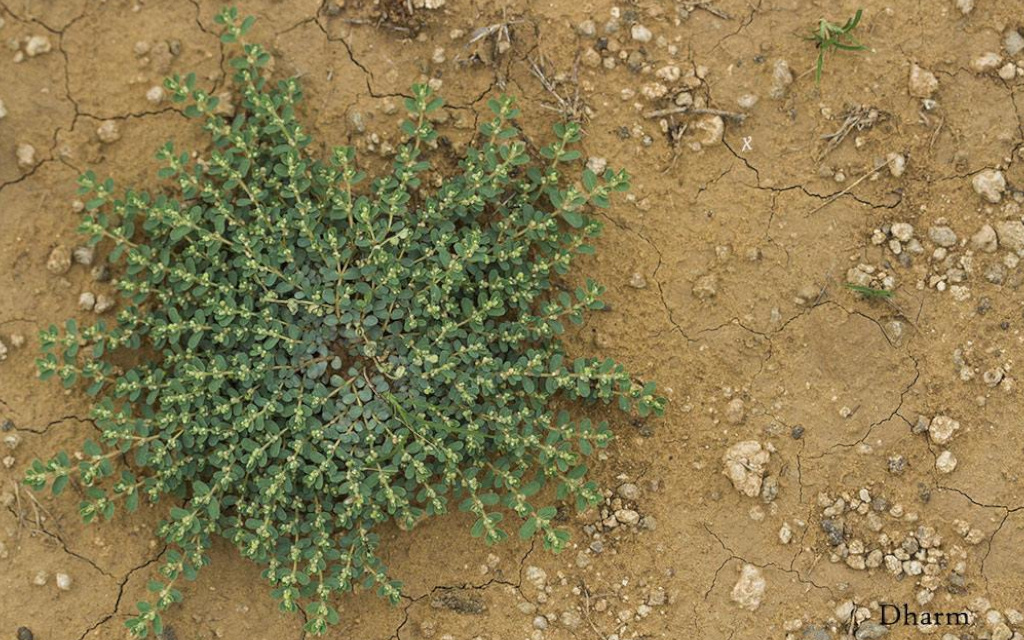 Know how the simple identification of plants from Google poses a threat?

Recently, we got a chance to read a beautiful and provoking article, titled “The End of Botany” published by Crisci et al. (2020). Authors of this article say “Biologist unable to recognize common plants and a decline in botany students, faculty, courses, university departments and herbaria highlight the current erosion of botany. How did we reach this crisis, knowing that plants form the basis for life ? What are causes? What can we do to reverse it?” What Crisci et al. (2020) wrote is absolutely correct and alarming. Day by day correct plant identification is becoming a difficult task and Rajasthan is also not unaffected from this situation.

Before independence (i.e. 1947) and till 1970 our dependency was more or less on the floras of Hooker et al. (1872-1897) and Brandis (1874) as that time specific floras for geographical limits of erstwhile Rajasthan (Rajputana) were not available. Various information in the form of published papers related to flora of Rajasthan were scattered and a real “compact flora” for the state or any part of the state was not available. Ramdev (1969), Bhandari (1978) and Shamra and Tiagi (1979) were the state’s pioneer post-independence taxonomists and they took a lead to produce regional floras of the state. They also developed the herbaria for the state. After these initial efforts, many floras came into existence. Few important landmark Angiospermic floras of Rajasthan are as follows: 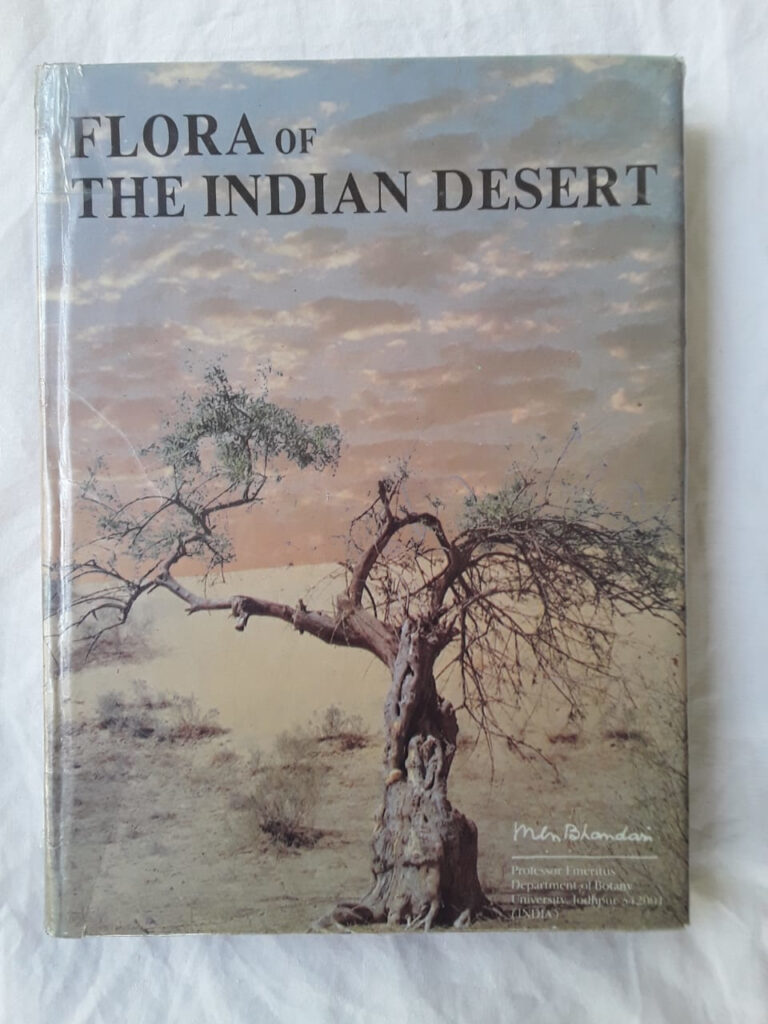 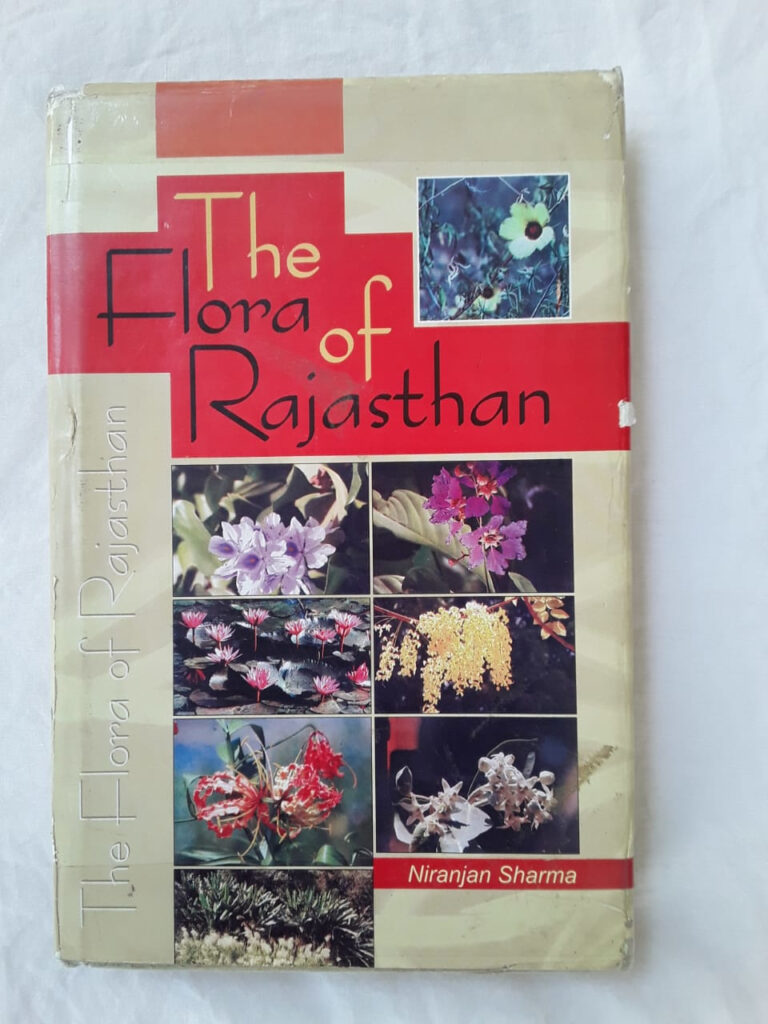 The above table indicates that in present century, we have published less number of Angiospermic floras related to Rajasthan. Our old generation of “University Taxonomist” namely Sh. K.D. Ramdev, Dr. Shiva Sharma, Prof. B Tiagi, Prof. M.M. Bhandari and Prof. Y.D. Tiagi had left us, leaving a massive vacuum in the field of taxonomy of Rajasthan. Prof. N.C. Arey has also retired. During the days of above plant taxonomists, regular outings for field studies, herbarium preparation, outstate botanical tours, morphological micro- scopic studies etc. were the routine part of day to day activities. At that time, there were hardly any coloured field guides available in the library or market to identify the plants. Neither internet  nor Google facilities were available. The only method to identify the plants was non- illustrated descriptive floras. Easy and readily available plant identifying sources were hardly available. If any student use to get a plant new to him/ her , he /she used to instructed by the teachers to use the flora their own to identify the plant. Since options were less and  compulsions were more , hence M.Sc. and Ph.D. students used to refer different floras for cross checking also. This type of atmosphere was very helpful to make a student “active taxonomist”. When student involves in “active identification” of a plant with the help of floras, he used to develop a special  and real taste for plant taxonomy. We would like to give an example of Sh. Roop Singh, the thence herbarium keeper of the Deptt. Of Botany , University of Rajasthan, Jaipur . Dr. Shiv Sharma had developed a beautiful herbarium with the help of Sh. Roop Singh. Sh. Roop Singh was not a qualified taxonomist but the plant material, brought by Dr. Shiv Sharma from the field were used to process by him. Drying, pasting on herbarium sheet, labeling, placing in Genus and Species folder, then storing in the pigeon hole almirah, etc. activities were regularly done by him.  He actively and minutely used to observe the plant specimen to help in identification. He learnt various aspects of Angiospermic taxonomy from Dr. Shiv Sharma. Soon he developed a wonderful taste for taxonomy. He was quite smooth to use the floras and to refer the Index Kewensis for correct identification and nomenclature. His identification ability was most reliable and par excellence. Seeing the case of Sh. Roop Singh, one can raise a question- why he was so thorough in plant identification? The answer is, he used to observe the plant material himself and he never believed in “ready-made identification process”. If one flora is not giving satisfactory results, then he used to start probing the next flora and so on, till he got a correct identification. we would like to call this habit “active plant identification”. Thus, to become an active plant taxonomist, students should have to develop a habit of active plant identification. 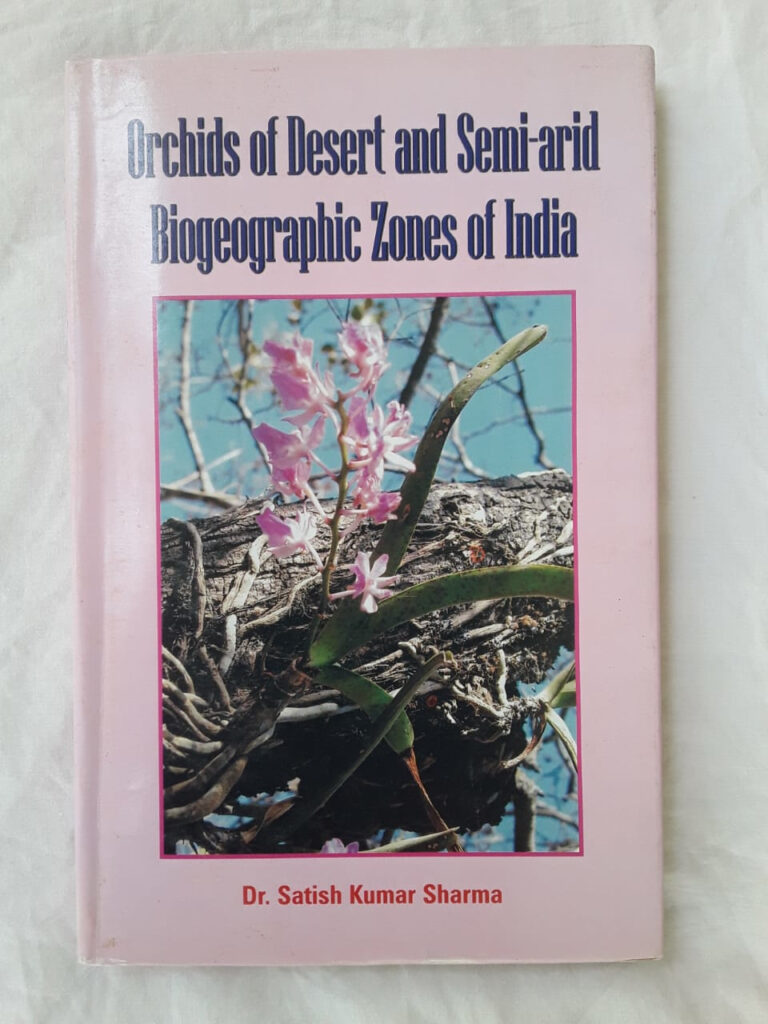 In present days, the situation is reverse. Most of people are seem always in hurry. Generally, people have no time to go in the field. Even, many do not want to spent few minutes to identify an unknown plant on their own. They like a ready-made identification facility. Internet, Google , mobile groups etc. are such fora where people send their pictures of unknown plants and sometimes within few seconds identification reaches in their hands. Though, using such methods, identification is possible quickly but people never become “Roop Singh”. Day by day people are becoming addict of “ready made identification” of the plants.  This culture of “passive identification” and “passive taxonomy” is replacing old trends of taxonomy every where. Now plant identification becoming easy but new plant taxonomists are not developing in the botany departments of various Universities of the state. The same situation is in Forest Department and Ayurveda Department. There was a time when Dr. C.M. Mathur and Sh. V.S. Saxena like forest officers were there in the Forest Department, Rajasthan who were experts of forest taxonomy. Similarly, Dr. Mahesh Sharma, Dr. R.C. Bhutiya, and few others were torch bearers of plant identification in the department of Ayurveda, but after their retirement, a vacuum is there. 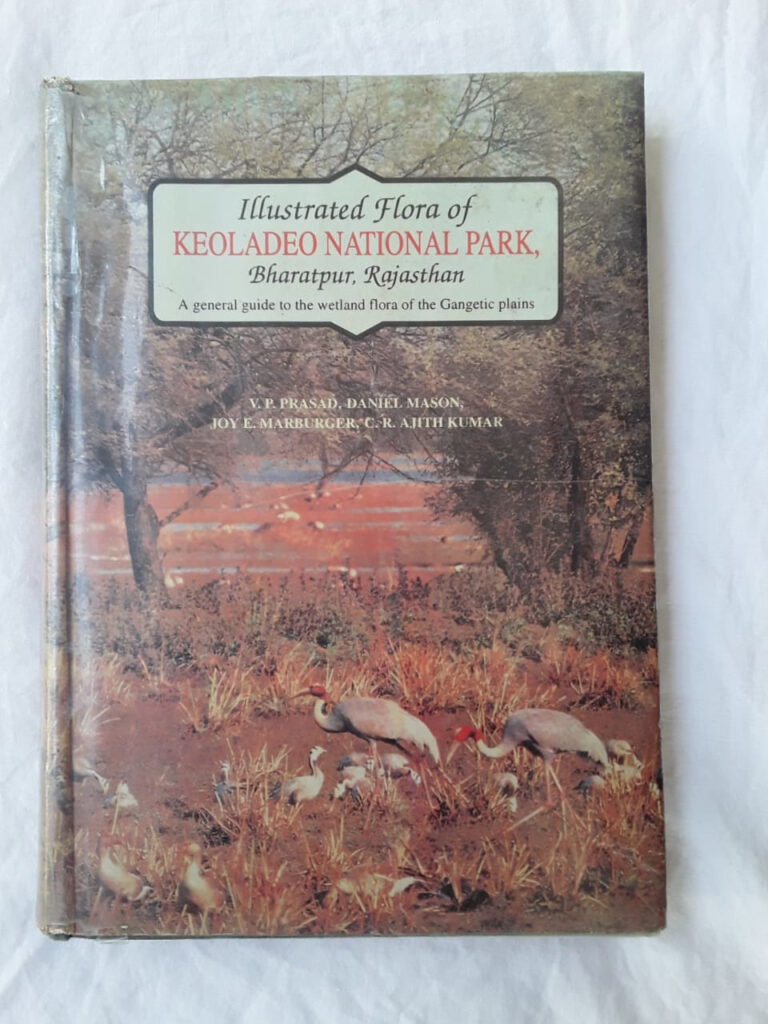 We are getting late now. We hardly have any reliable and leading angiospermic taxonomist from the new generation in our state. The same situation is in the field of animal taxonomy. We have a good network of Universities and colleges in the state but traditional plant taxonomy is not a much-liked subject there. It’s the right time to revive “active taxonomy” in the state before it dies completely. This is a moral duty of every University and Forest and Ayurveda Departments as well.

An expert on Rajasthan Biodiversity. He retired as Assistant Conservator of Forests, with a Doctorate in the Biology of the Baya (weaver bird) and the diversity of Phulwari ki Nal Sanctuary. He has authored 650 research papers & popular articles and 12 books on nature.