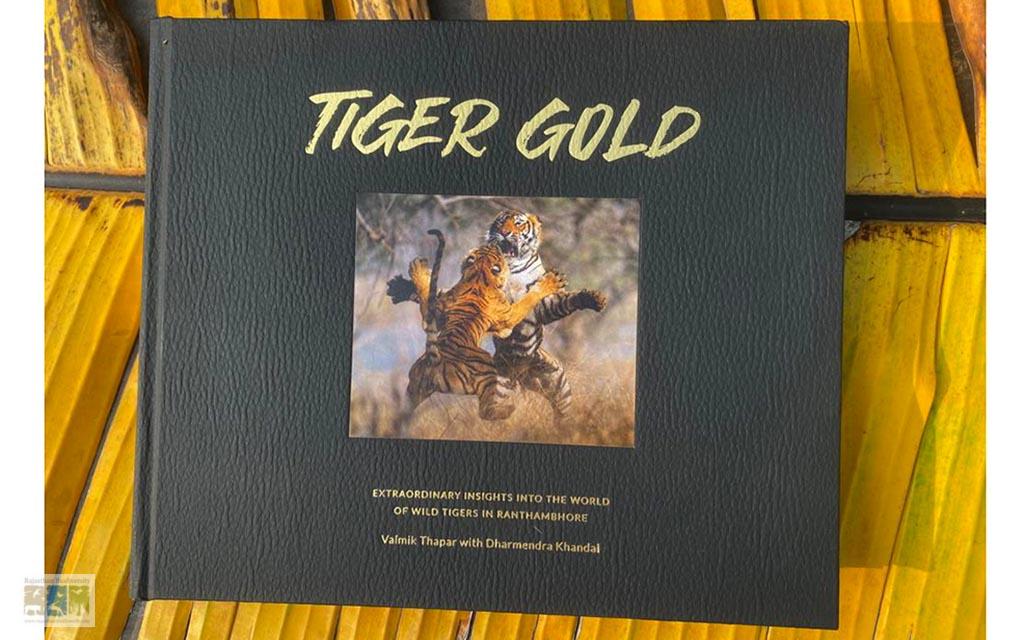 Tiger Gold: A Brand New Book on the Tigers of Ranthambhore by Mr. Valmik Thapar 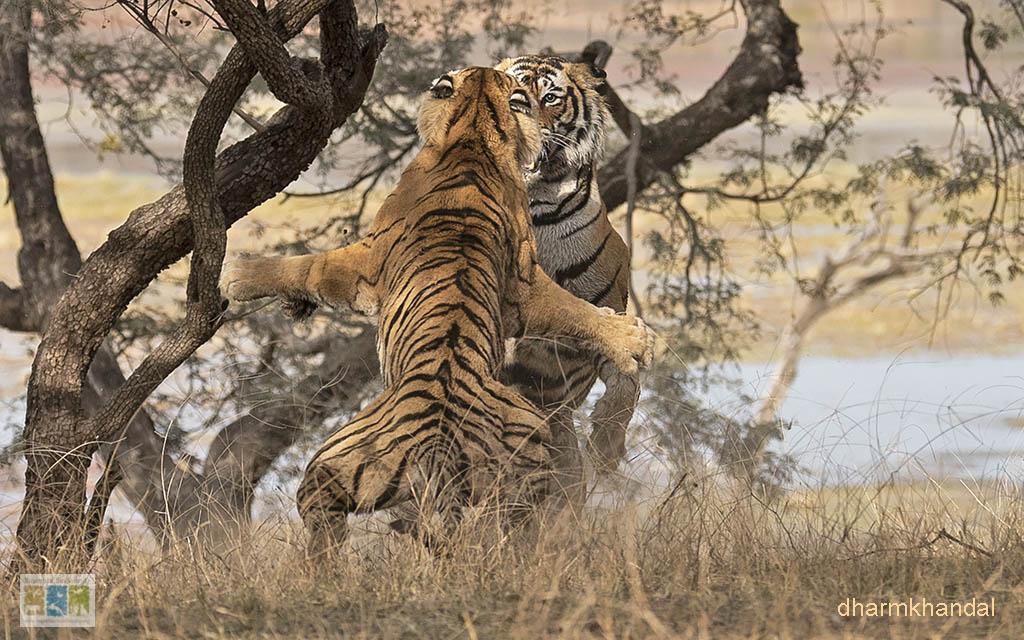 After getting a hold of this book, it is near impossible to put down without poring over all 336 pages in one go. I too have  contributed to it’s making, and therefore have been mentioned on the cover, so seeing this book for the first time has been both a proud and happy moment for me. The book is largely based on photographs taken during two very long visits to Ranthambhore National Park by Mr. Thapar,  but also features very insightful commentary on various kinds of behaviour displayed by many tigers in Ranthambhore. I also had the opportunity to accompany Mr. Thapar to the National Park on most occasions during this period . 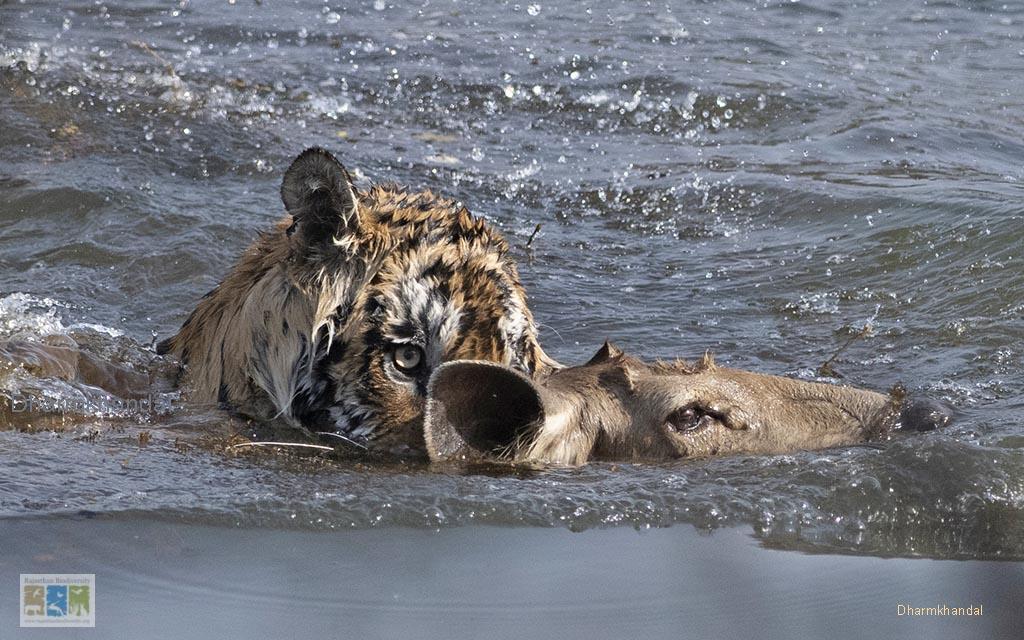 The exploits of a tiger originally named Charger (T-120) have been documented in minute detail and have been thoroughly analysed by Mr. Thapar drawing on his decades of experience. Mr. Thapar’s wife Ms. Sanjana Kapoor also took many photographs during these visits. Her inputs have been invaluable in covering any gaps in material. In fact, all the people around Mr Thapar for those 40 -50 days began working as a team.  Mr. Salim Ali’s years of experience in conducting excursions in Ranthambhore as a naturalist-guide  and his understanding of tiger behaviour made him a central part of this endeavour. Shyam Ji, the veteran driver with SUJAN  Sherbagh was flawless at the wheel, and kept us very comfortable during the scorching heat . 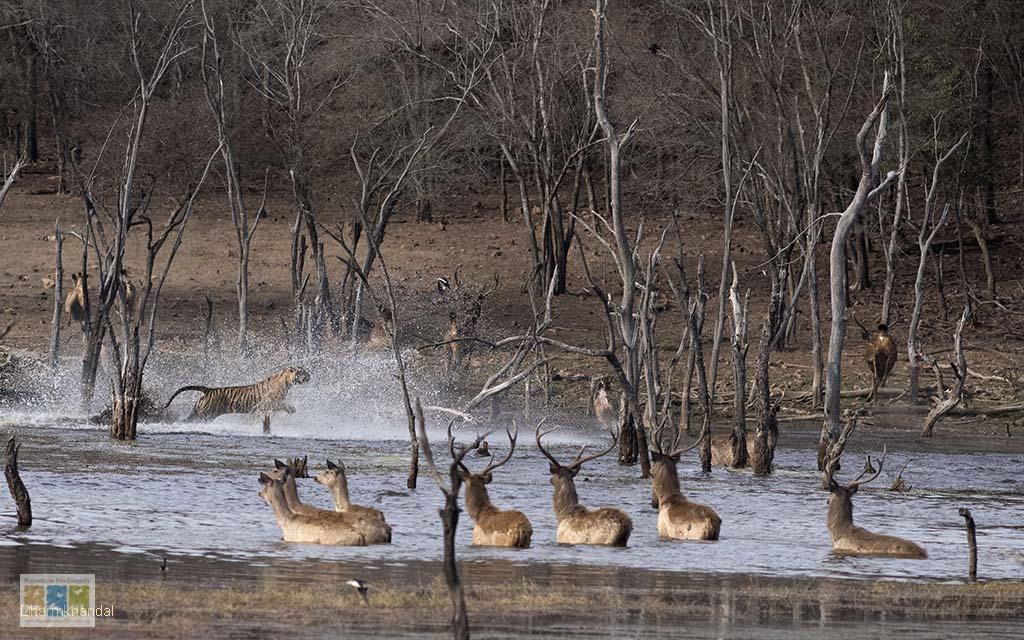 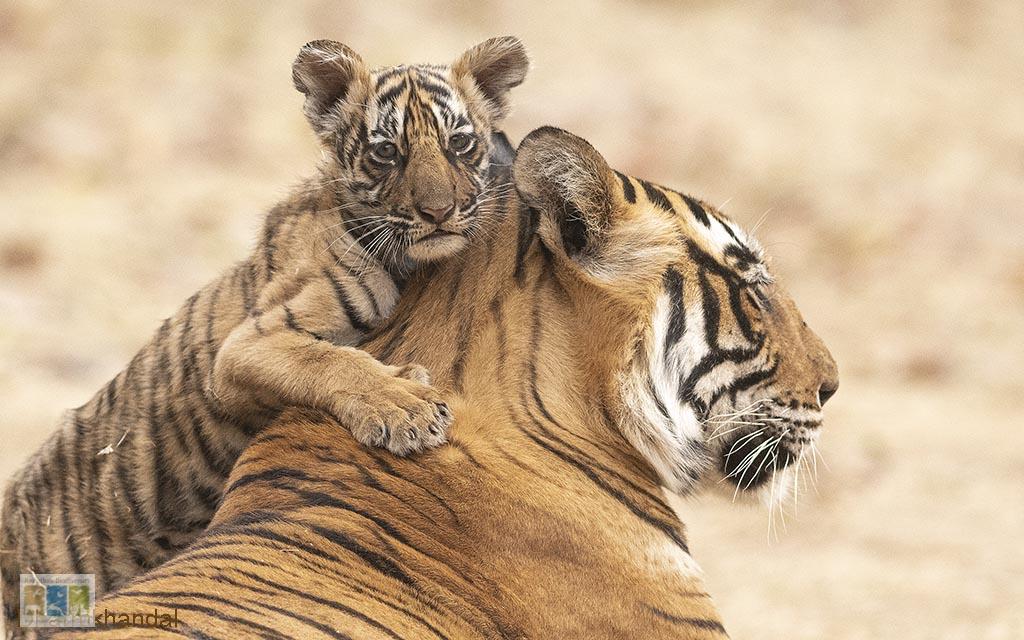 According to Mr. Thapar, this book has been published for friends and family, which probably means it will not be available in bookstores nor online platforms like Amazon and Flipkart. This is because Mr. Thapar believes that marketing and promoting a book is  rather cumbersome . Mr. Thapar has appropriately titled this book Tiger Gold, i.e the book in which the tigers  of Ranthambhore have made the ultimate display of their behaviour and Mr. Thapar has done a stellar job in compiling all the  material. His passion and enthusiasm during his 70th birth year is exemplary and an inspiration. You are cordially invited to see this book in my personal collection.