The Glowing Lizard of Madar Mountain: An Appeal to Herpetologists 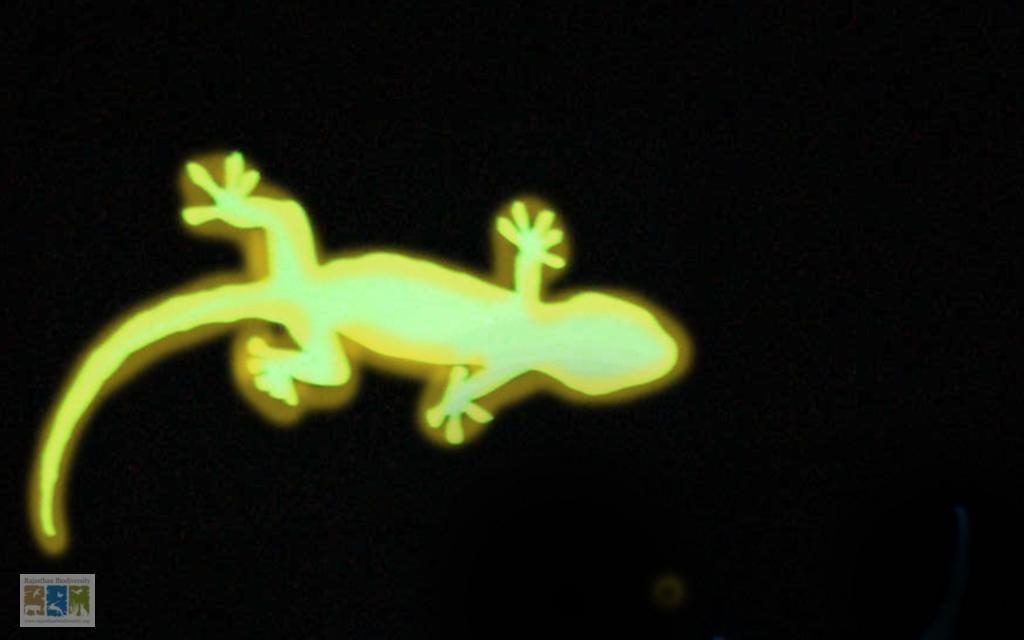 This is an article based on a scientific discourse between two herpetologists. In the midst of this discourse, I present some evidence which further complicates the debate. However, since I am not a herpetologist, I cannot take this debate to a logical conclusion, but I do present enough information that warrants a much closer look by experts.

This letter is an earnest appeal to you. I am aware that all of you are constantly discovering new reptilian species in the country. Discovering, and indeed describing new species is an addiction for biologists. There was a time when quite literally, new species of birds were discovered on dinner plates, and species of mammals at butcher shops. However, it isn’t all that easy today. The reason for my appeal is that there is a 40 year old taxonomic conundrum vexing us here in Rajasthan. 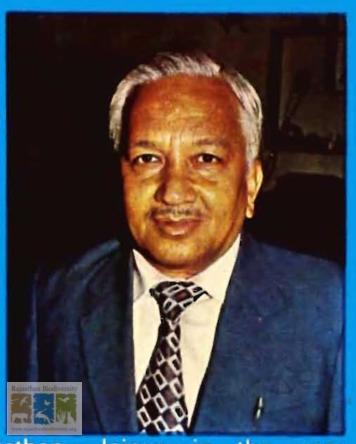 Dr. R.C. Sharma, a herpetologist from Rajasthan, discovered a unique lizard from Ajmer’s Madar mountain in 1973, and in 1980, he gave it the binomial name Cyrtodactylus madarensis. He thus named the new species after the mountain where he discovered it. Dr. Sharma also believed that this lizard shed “bright light in darkness from its body”. He also wrote that this lizard moves slowly like a chameleon, and lifts its entire body off the ground on all 4 limbs while doing so. It truly seemed like an extraordinary discovery.

However, this discovery by a veteran herpetologist of the prestigious Zoological Survey of India, was completely upended by another herpetologist with the publication of another study a little more than a decade later. The name of this herpetologist is Dr. Indraneil Das, who is currently a Professor of Herpetology at the Institute of Biodiversity Conservation at the University of Malaysia, Sarawak. 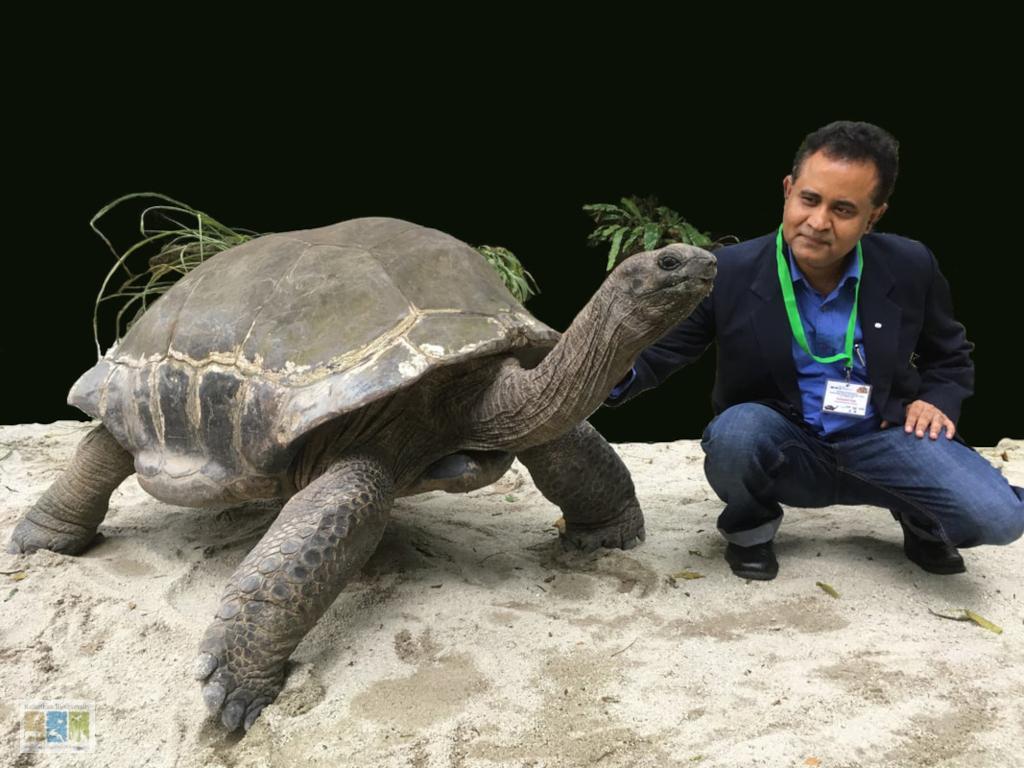 In 1992, Das contended that this ‘discovery’ was based on a single specimen, which was a juvenile male. His second, and bigger contention was that on the basis of the given description and photograph, the genus of the lizard is Eublepharis, and not Cyrtodactylus. He supported this assertion by pointing out the specimen’s thick upper eyelids, which are an attribute of the genus Eublepharis. He further argued that the specimen had multiple attributes typical of Eublepharis. 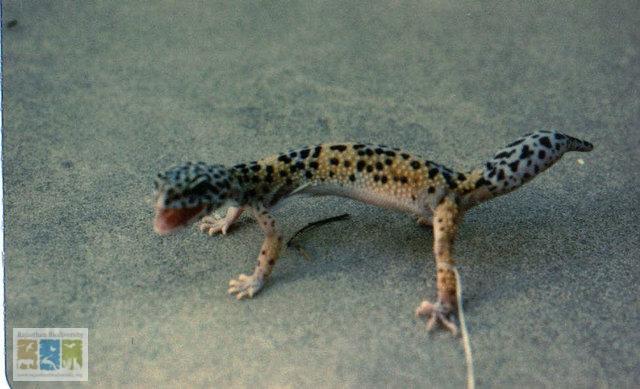 Das then compared Sharma’s description and asserted that the specimen belonged to the species Eublepharis macularius. Which in vernacular terms is known as the common leopard gecko or the spotted fat-tailed gecko.

According to scientists, 4 gecko species have been reported in India till date:

However, it appears to me that-

Another leopard gecko is found in Rajasthan, Delhi and the parts of Madhya Pradesh that border Rajasthan. In 2016, I photographed this Eublepharis in the district of Bundi in Rajasthan and am presenting this photograph here. Besides myself, similar Eublepharis have been photographed by Mr. Satya Prakash in New Delhi’s Jawaharlal Nehru University (JNU), and Dr. Satish Sharma in Udaipur, Rajasthan. Another herpetologist has also found some evidence in connection with this from Madhya Pradesh. If it is found in such a wide range of distribution, then it is not unreasonable to think that it also occurs in Ajmer. Although it has not been proven scientifically yet that the Eublepharis we photographed is a seperate species. 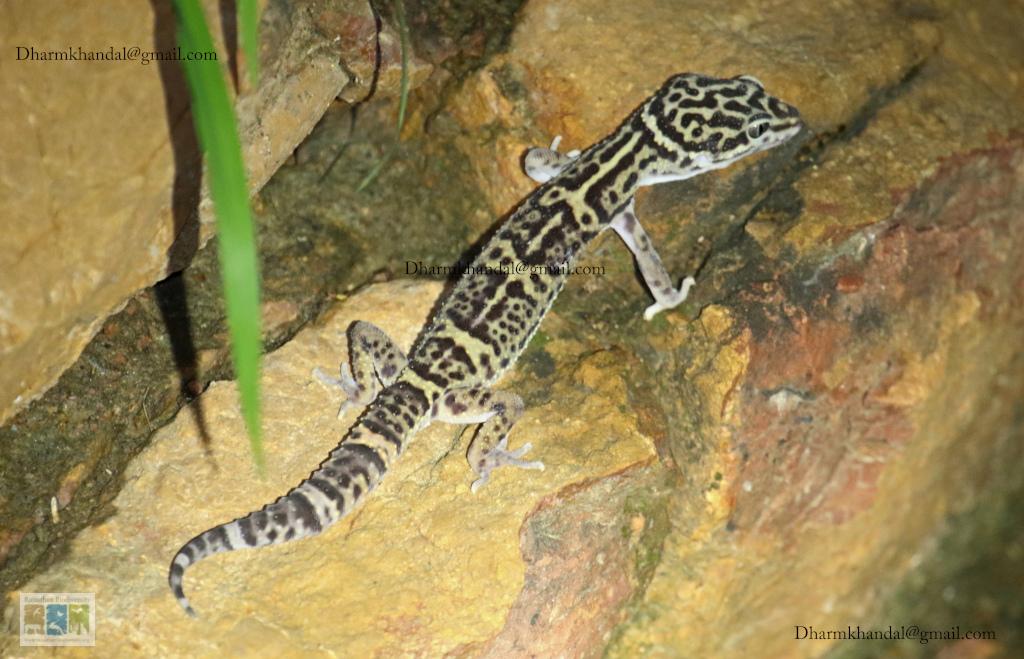 Photo of Eublepharis sp taken by Dharmendra Khandal from Bundi district of Rajasthan.

But why do I think that it is different?

I am not a herpetologist by training, and therefore cannot comment on scientific criteria, but the leopard gecko I photographed looks very different in comparison to the Eublepharis macularius photographed by the famous Pakistani herpetologist Muhammad Sharif Khan. You can compare the photographs, and come to your own conclusion.

Thus, it might be possible that the lizard Dr. R.C. Sharma, found in Ajmer, was in fact,  the ‘new’ leopard gecko ranging from Udaipur, Rajasthan to JNU-Delhi. While I firmly agree that there are several flaws in Dr. R.C. Sharma’s research paper, I also think Dr. Indraneil Das’s assertion that the lizard is the species  Eublepharis macularius might have been rather hasty.

Let’s see how long it takes you to solve this mystery, I will wait until you do so.