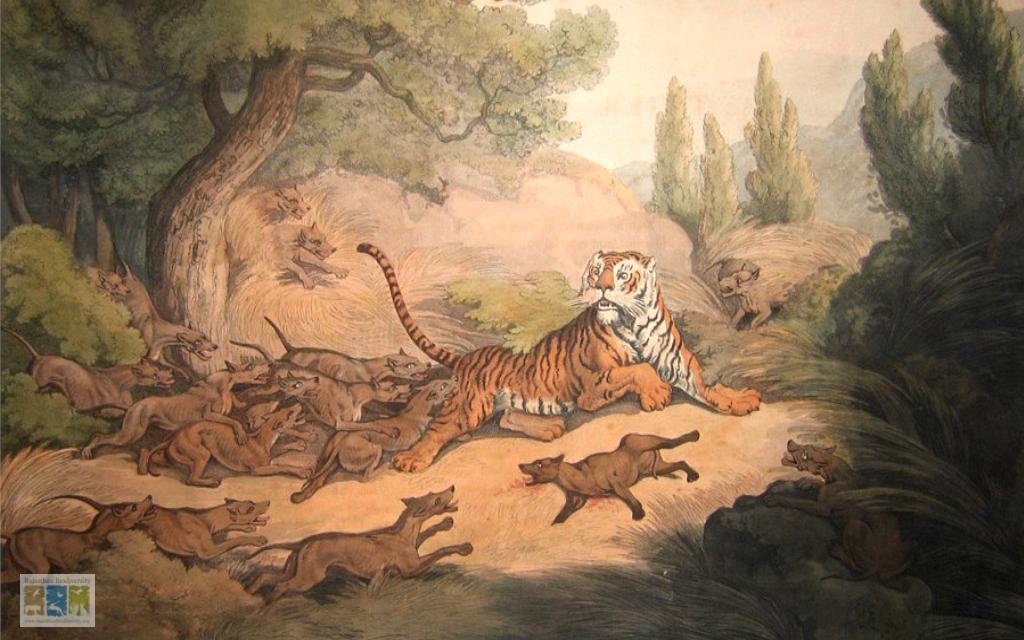 ” What on earth are you looking at that dog for ?!”, said an irate tourist, as his poor driver left the animal behind, and drove ahead, presumably looking for more ‘exciting’ quarry like tigers. This was in fact, the last Indian or Asiatic wild dog (Cuon alpinus) seen in Ranthambhore Tiger Reserve in the year 2004. I (Dharmendra Khandal) managed to take one very bad photograph of it. The Indian wild dog is more commonly known by the vernacular name, dhole.

The dhole has been considered extinct in Rajasthan since 2004, and is the only mammal species to have disappeared from the state post-independence. However, even more blasphemous than the aforementioned tourist’s ignorance, has been the conduct of our ancestors. This is because the dhole was historically considered vermin, largely because it hunted deer. Fewer deer meant less food for the tiger (first prized for sport, and then as an indicator of successful conservation), and back then (until 1972), human beings. The dhole’s lot in Rajasthan did not improve even after the enactment of the Wildlife Protection Act of 1972, as many forest officials of the old school still viewed them negatively, and some went as far as to have them silently exterminated in the forests under their charge. 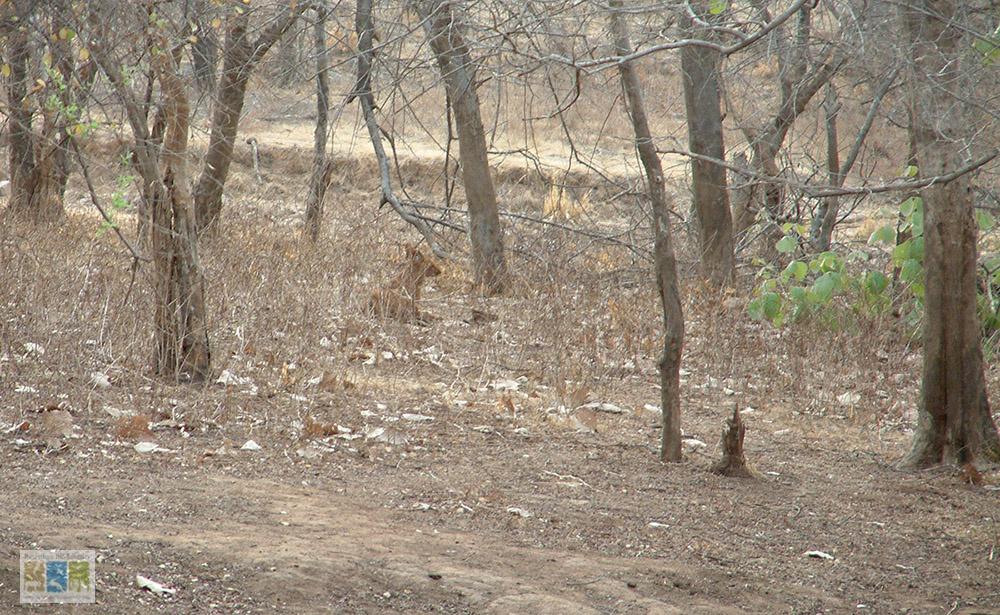 The last dhole to ever be seen in the Ranthambhore Tiger Reserve on May 8th 2004. This also happens to be the last concrete record of a dhole in the entire state of Rajasthan. (Photo: Dr. Dharmendra Khandal)

An old hunter from Jaipur once recalled that when he hunted in the jungles of Sheopur (Madhya Pradesh) in the 1950s,  local forest officials advised him to exterminate dholes, and when he did hunt them, he was under the false impression his actions were benefiting wildlife conservation. While no one knows for certain where the dhole in Ranthambhore came from in 2004, it could only have come from neighbouring Madhya Pradesh, where they have now vanished from the jungles of Sheopur as well. There was however, a time when dholes occurred in good numbers in the jungles of Ranthambhore, Sariska, Karauli, Dholpur, Baran and other districts in southern Rajasthan.

Colonel Kesri Singh, the famous tiger hunter of Rajasthan, has written many anecdotes concerning dholes in his books, notably how on one occasion he shot  5-6 of them in the Sonkachh area of Ranthambhore, as a pack pursued a sambar deer. In addition, he injured one, while the rest of the pack fled. He also penned two more anecdotes which involved dholes hunting sambar deer. He wrote of a forest guard mounted on camel back (Ranthambhore historically had a mounted camel patrol) suddenly seeing a frightened sambar fawn come before him, only to find a pair of dholes simultaneously appear behind him, tentatively seeking an opportunity to hunt the fawn down. Similarly, one morning whilst eating breakfast with another hunter friend, they looked up to suddenly see a sambar deer running straight towards them, with a pack of dholes in hot pursuit! Singh’s friend had come to Ranthambhore to hunt sambar deer, and hadn’t seen one despite having spent the entire day in the field on their first day. He was rather pleased to see the sambar sent his way courtesy the dholes. In another anecdote, a large pack of dholes even managed to dispossess a tiger of it’s kill! All of these incidents would have occurred close to Indian independence in 1947.

It is clear from these anecdotes that Ranthambhore Tiger Reserve was once a prime habitat for the dhole. In fact, one can still find old trophies of dholes hunted in Rajasthan, on the walls of the old palaces of the erstwhile royal houses of Kota, Dungarpur, Jhalawar etc.

Recently, the dhole found mention in the environment impact assessment report for the proposed construction of the Bharatmala highway. As the highway is meant to pass through many wildlife sanctuaries in Rajasthan, the report discussed how this will affect the dhole and  several other wild species. The authors of such reports usually steal snippets of miscellaneous information from here and there, and then draft reports in which the truth is often left behind. Dholes have long been wiped out in Rajasthan, yet environmental impact assessors record their occurrence erroneously.

The dhole is now the most forgotten animal of Rajasthan, which even forest department officials hesitate to bring back today, only because we have tarnished its reputation to such an extent over the years.

Cover photo caption & credit: A Tiger Hunted by Wild Dogs, by Samuel Howitt (1765-1822), ca. 1807. From Oriental Field Sports: being a complete, detailed, and accurate description of the wild sports of the East by Captain Thomas Williamson (1758-1817). Large packs of dholes or Indian wild dogs, have been known to not only steal tiger kills, but at times, besiege and kill tigers, albeit not without taking heavy losses.