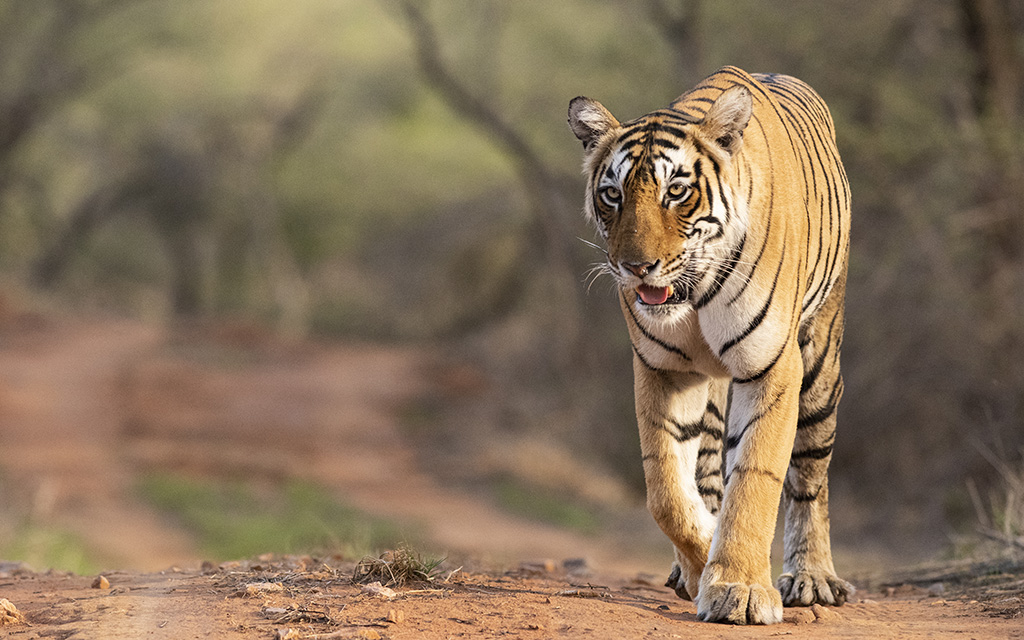 There is a persistent demand for converting Protected Areas (sanctuaries/ national park) into tiger reserves in India is a new trend. The area may not be suitable for tigers or habitat is degraded but NGOs, local environmental activists and politicians take the conversion issue as an achievement. Elevating conservation status just into papers is not enough but to sustain tiger’s in any areas, in this over crowded country is a big responsibility.

Rajasthan has a lone, but healthy tiger population in Ranthambhore. Each demand for tigers from other parts of Rajasthan raises eyebrows in Ranthambhore (including people who may not necessarily live in Ranthambhore, since some Ranthambhore tigers popular with tourists have fan followings across the globe). There is a common belief among the Ranthambhore ‘supporters’, that we should not give tigers to other protected areas like Sariska, MHTR etc. because they are not safe and therefore not good habitats for tigers. In their words, besides Ranthambhore, all other areas in the state are hell for tigers. On the other hand, there are also many people who believe that there are lobbyists in Ranthambhore resisting the introduction of tigers to other areas in the state, only so that they can maintain their monopoly on tiger tourism in Rajasthan. I think both beliefs are misinformed and wrong. In my opinion, we should develop all possible and suitable areas in Rajasthan for tigers. This is essential to the long-term safety of Ranthambhore tigers. It is not difficult to imagine, especially in the pandemic era, just how vulnerable a lone population is to disease and how it can be wiped out within a few days if things go wrong. Keeping multiple bank accounts is a safe strategy against loot and I think the timeless warning of ‘not putting all your eggs in one basket’ is perfectly apt in this context. 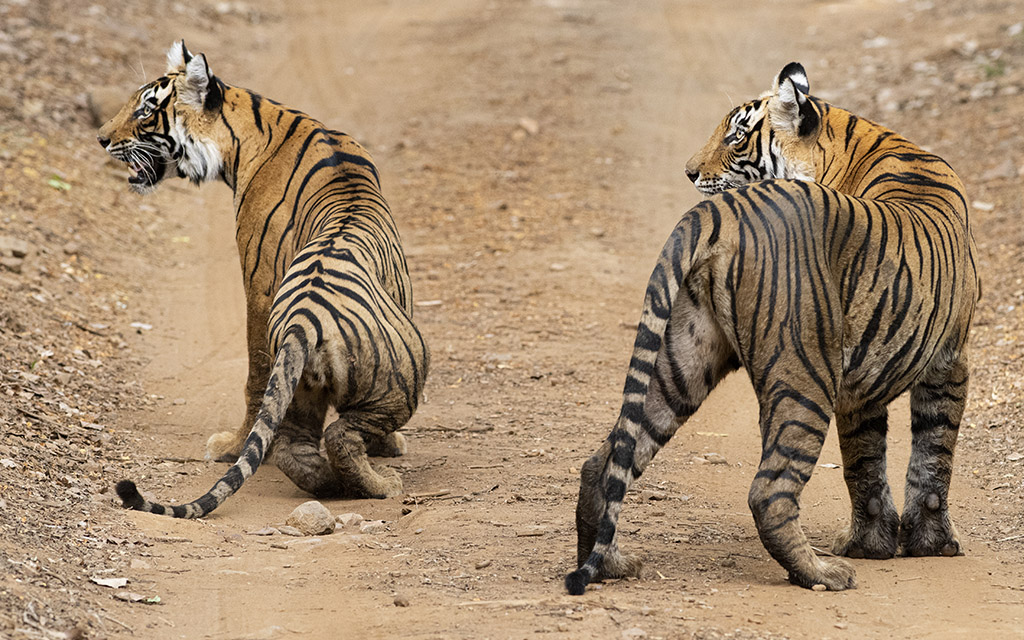 There are many historical examples of when even the large size of an animal population hasn’t prevented it from diminishing in a few weeks. Check here (http://end-times-prophecy.org/animal-deaths-birds-fish-end-times.html) someone has meticulously gathered lots of information. While most of us agree on this, we still harbour doubts that the areas are not safe homes for introduced tigers and that if we do take a risk to introduce tigers to MHTR, Sariska, RBS- Bundi, Kumbhalgarh etc. their chances of perishing increase manyfold.

This line of thought is not entirely unreasonable, because the authorities are not making a fool proof strategy for a couple of reasons- 1. All such programs need high fund investment, and we are not ready to accept that there should be a clear-cut money recovery plan, so that governments do not consider the introduction of tigers a burden on their funds. 2. Usually tiger introductions are hasty political decisions and when the government changes programs, all goes cold.

In the case of MHTR, 4 tigers have been introduced, but  only 2 tigers were actually relocated. Two tigers reached on their own. MT3 (T98) arrived on his own bang on the exact spot where Valmik Thapar and Dr. GV Reddy’s team decided to introduce tigers in MHTR. He took a month to reach there from Ranthambhore. Similarly, MT1 (T91) left Ranthambhore and moved towards the Ramgarh Bishdhari Wildlife Sanctuary and even crossed RBS and reached Bhilwara district and he was trying to reach MHTR, but remained only  a few kilometres away from the place. You may not be aware that he turned back because we were luring him to localize him in a particular spot in RBS, so he could be captured and introduced in MHTR. Ranthambhore definitely relocated T83 and T106.  T83 was continuously going out and causing problems for the Sherpur/ Khawa villagers, they were demanding that she should be shifted  to a safe area and similarly T106 was  also squeezed among her mother and two other sisters in Sultanpur. What I am trying to prove here is that this introduction was partly a natural phenomenon and partly a stress buster for Ranthambhore too. 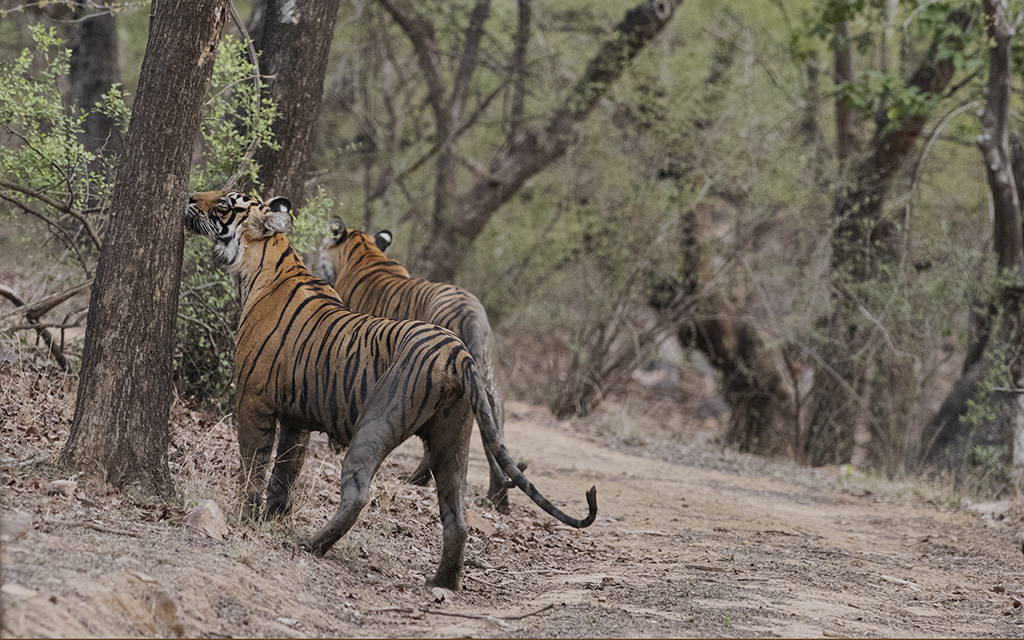 The selection of these tigers was technically very correct and  was not at all like the haphazard  Sariska introduction, where a time crunched WII biologist  and over pressurized forest officials selected the wrong tigers for introduction-  such as siblings, resident tigers or tigers from the centre of the park. Erroneous tiger selection not only disrupted sightings etc in Ranthambhore, but also damaged tiger families. The  selection of T12 proves this. They always selected easily accessible tigers in Ranthambhore and this definitely scared those involved in tourism in Ranthambhore among  others.

Politically motivated or irrational demands for tigers  are also harmful. There is no point in introducing tigers to Kumbhalgarh before RBS- Bundi. The forests of Bundi  are not only suitable, but are also very close  to the bulk population of RTR and a more or less safe corridor also exists between them. Kumbhalgarh is good habitat,  but it is comparatively far from the source population in RTR,  but after prioritizing  the development of RBS & MHTR, Kumbhalgarh can also be developed for tigers.

So, introducing  tigers to other areas is necessary because it is always good to keep your eggs in many baskets. Second it is essential to introduce tigers to other areas so we can keep Ranthambhore pressure free. Selection of the right tiger is essential and the most important thing is to secure the areas of introduction and make a long term conservation strategy that is fool proof. It is always very painful to see tigers die due to unnatural reasons.