A Chiropteran Conundrum: The Story of the Three Lost Bats of Rajasthan 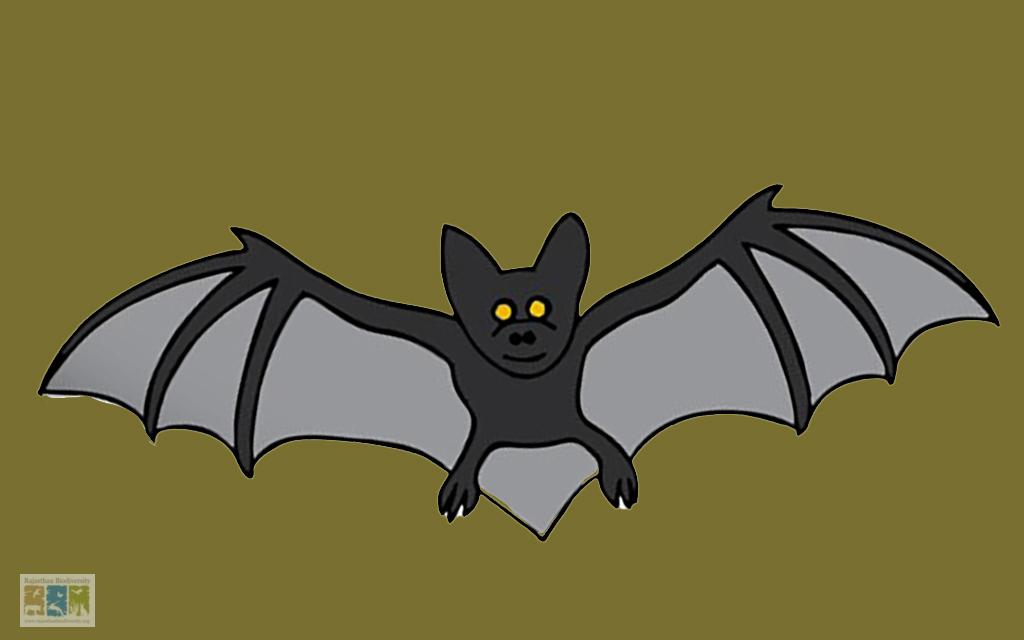 For the last 150 years, three bat species have not been observed in  Rajasthan. Field surveys , expeditions ,studies, have all returned empty handed. No trace of these three species has been found till date. Researchers working on the biodiversity of Rajasthan have expressed great concern over their purported extinction. The three species causing such a flutter in the scientific community are the Lesser Mouse-Eared Bat ( Myotis blythii) Tomes, 1857, the Large Barbastelle ( Barbastella darjelingensis) Hodgson, in Horsfield, 1855 and the Serotine Bat ( Eptesicus serotinus pachyomus) Tomes, 1857.

You will be even more surprised to know that it is believed that two of these bat species were first discovered in Rajasthan, namely the Lesser Mouse-Eared Bat ( Myotis blythii) and the Serotine Bat ( Eptesicus serotinus pachyomus). Both were first described during the year of the First War of Indian Independence, i.e. 1857

If that is indeed the case, why has there been absolutely no evidence of their occurrence for so long ? To get to the bottom of this bewildering mystery,  published literature on each species was studied closely and analysed separately.

This species of bat was described in 1857 by Robert Fisher Tomes , a farmer living in England , who had a keen interest in zoology. His description was based on a specimen preserved in the British Museum and it is pertinent to remember that he did not collect the specimen himself. He then named it Vespertilio blythii . Tomes ( 1857) wrote in his description that the specimen in the British Museum had a label on it – ““Hab. India, Nassenabad, from Mr. Warwick, 1848”  . Tomes (1857) further wrote that , ” I believe collected by  Captain Boys”.

So why didn’t Tomes(1857)  consider Mr. Warwick to be the collector of the specimen ?

An examination of  Mr Warwick’s background gives us the answer –  John Edington Warwick was  a ‘naturalist’ for the Royal Surrey Zoological Gardens in  London (Walworth). The gardens procured animals from at least three continents during Warwick’s tenure. Warwick seems to have only occasionally procured animals from overseas personally , such as a giraffe , five ostriches , eighteen Numidian cranes , one camel and five jerboas  from  Egypt in one notable instance in 1836 .  Specimens from Warwick’s expansive collection at the garden were also sold  to  museums upon expiry , for example, a Cuban nightjar was sold to the Derby Museum in 1849 . Warwick therefore appears not to have been the collector of this bat ,which led Tomes (1857) to speculate that someone else may have collected it in India.

However, another question arises, why did Tomes(1857)  speculate that the original collectors might be  Captain Boys?

Now let us look into  Captain Boys. Captain W.J.E Boys was a cavalry officer in the British East India Company as well as a well-known collector of specimens. Nasirabad in the Ajmer district of Rajasthan has a rather long history as a cantonment town .

Captain Boy’s purported association with Nasirabad , Rajasthan has led to assumptions about the type locality of this species , even though Tomes ( 1857) never claimed that the species was from Rajasthan (then Rajputana) nor that the collector was Captain Boys.

T.C.  Jerdon ( 1867) was the first to claim that the specimen was discovered by Captain Boys in Nasirabad ,Rajasthan. Jerdon (1867) wrote, “The bat was found by Captain Boys in Nusserabad, Rajputana”. Jerdon ( 1867) therefore first assumed that ‘Nassenabad’ was ‘Nasirabad’ , second, that ‘Nusserabad’ was in Rajasthan, and perpetuated what was clearly a conjecture by Tomes(1857) regarding the collector as fact.

However , there were many localities in British India named “Nasirabad”. Apart from Rajasthan, there is also a Nasirabad in Pakistan , and multiple states in today’s India like Uttar Pradesh and Uttarakhand. In addition, Captain Boys was also very active in the Himalayan regions . It should also be noted that Captain Boys had died three years before Tomes ( 1857) wrote the description of the bat, and therefore could not have confirmed nor disproved Tomes(1857) description.

After Jerdon’s (1867)  perpetuation of assumptions , most bat experts have believed that the lesser mouse-eared bat ( Myotis blythii) was first discovered in Rajasthan.

However , it must be said that although Bates and Harrison ( 1997) included Rajasthan in the distribution area for this species , they added a disclaimer , ” Rajasthan: No definite area”. The distribution map  they provided for this bat also did not mark any specific locality in Rajasthan.

In theCatalogue of the Chiroptera in the Collection of the British Museum  authored by Dobson ( 1878), it is apparent that the British Museum simultaneously held two specimens of Barbastella darjelingensis . The first specimen was the type specimen on the basis of which B.H. Hodgson described the Large Barbastelle ( Barbastella darjelingensis) and the other  was deposited by Captain Boys. However here too no specific locality in India is provided for this specimen. Dobson ( 1878) also did not mention Rajputana in his account of the  distribution of this species , but considered its distribution to be “India (Darjeeling , Khasi Hills , Sikh , Mussoorie , Shimla) ; Yarkand” etc.

Therefore it is highly likely that Wroughton (1918) relied on  the alleged association between Captain Boys and Nasirabad or Rajputana (Rajasthan) to include  Rajputana in the extent of occurrence for this species as well , as was the case with the two species described by Tomes ( 1857) .

Subsequently, Ellerman and Morrison-Scott ( 1951), Sinha ( 1980), Srinivasulu et al ( 2013) etc. all considered this  species to be found in Rajasthan.
However , Sinha ( 1980) was presumably skeptical and therefore consulted J.E. Hill  of the British Museum who like Wroughton(1918) before him, appears to have made the same alleged association between Captain Boys and Nasirabad or Rajputana (Rajasthan): “as informed by J.E. Hill (B.M.) the specimen from the British Museum is probably from Nasirabad but labelled as “India””.

However  it is clear from an examination of  the life of Captain Boys that he was very active in North India and not just Rajputana. In 1843 , he served as an assistant to the Commissioner of Kumaon (Uttarakhand) and also fought in the Second Anglo-Sikh War. Boys eventually died on 21 March 1854 in Almora (Uttarakhand).

Captain Boys was extremely prolific in collecting animal specimens, due to which he was also unanimously elected a member of the Asiatic Society of Bengal in 1842 . The specimens collected by Boys are diverse, for example, he collected a snail from Agra (Uttar Pradesh) , a wasp from Almora (Uttarakhand), a bird from a place in between Sindh (now Pakistan) and Ferozepur (Indian Punjab), a caracal from Jaipur in Rajasthan and so on.

In Jardine (1852),  the auction of  Captain Boys’ collection of bird specimens in London is described , ” The specimens of 500-600 species of birds are the result of their many years of residence in the Upper Ganges provinces of India”. The Asiatic Society of Bengal also provided him financial support for geological expeditions to the “Thibet Passes”.

It is thus clear that  Captain Boys was by no means confined to just Rajputana and  spent a considerable amount of time in the Himalayas where he also collected numerous specimens. Incidentally , the Himalayas are where these three bats are known to occur today.

Thus it can be said that  until there is concrete evidence of the occurrence of these three species in Rajasthan ,  they should be removed from all lists of chiroptera  in the state.